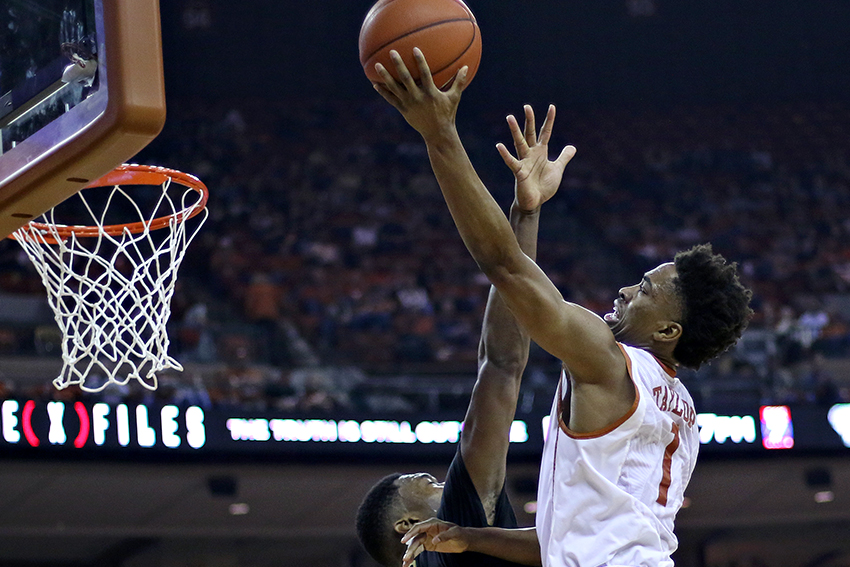 The Longhorns and Bears last met up on March 2, 2015 in Austin. Texas took down the Bears in overtime, but it wasn’t without drama.

With 1:57 left in overtime, junior guard Isaiah Taylor, then a sophomore, dove to the floor to grab a loose ball along with former Baylor forward Royce O’Neale.

The skirmish led to a benches-clearing brawl between both teams, seven ejections and a busted lip for Taylor. Head coach Shaka Smart wasn’t around last year, but had some thoughts.

“You call that a fight?” Smart said. “I can only speak for our team, but you’ve got to play with a level of poise out there playing basketball.”

Texas and No. 17 Baylor meet for the first time since that fight when the Longhorns travel to Waco to play the Bears on Monday night.

“We know the last time we played Baylor was a hard-fought game, it went to overtime,” Taylor said. “Things got flared up, emotions consumed. But we’re not worried about last year, we’re focused on this next game coming up Monday night.”

The Longhorns are coming off a 72–58 win over Vanderbilt on Saturday at the Frank Erwin Center as part of the Big 12 SEC Challenge. The Longhorns are 4–1 in their last five games, with the only loss coming to Kansas on the road.

But things are about to get much tougher for Texas. Out of the final 10 games of the season, seven are against teams that are currently ranked in the AP Poll, starting with the Bears on Monday.

“I think they’re opportunities,” Smart said. “You either ‘get to’ play those games or you ‘got to.’ My college coach, he had a famous saying, he said this a million times, he always used to say, ‘It’s too late to cancel.’ So we’re going to play those games.”

The Longhorns have fared well against tougher competition this season. Texas is 3–2 this season against teams in the AP Top 25, with one of those wins coming on the road in West Virginia.

“We’re not going to approach it any different than we do any game,” senior center Prince Ibeh said. “Our coach will give us the scouting routine and we’ll go do it that way.”

The Longhorns’ solid end to the month of January puts them at 14–7 overall, 5–3 in the conference and right in the thick of the Big 12 race. Now, with a tough February schedule ahead, Texas has to try and build on their strong start, beginning with Baylor.

“The good news is that we don’t have to play them all at the same time,” Smart said. “We can play, on a given day, we can play one. We’ll have Baylor on Monday at their place and then, regardless of what happens in that game, we’ll continue trying to get better.”