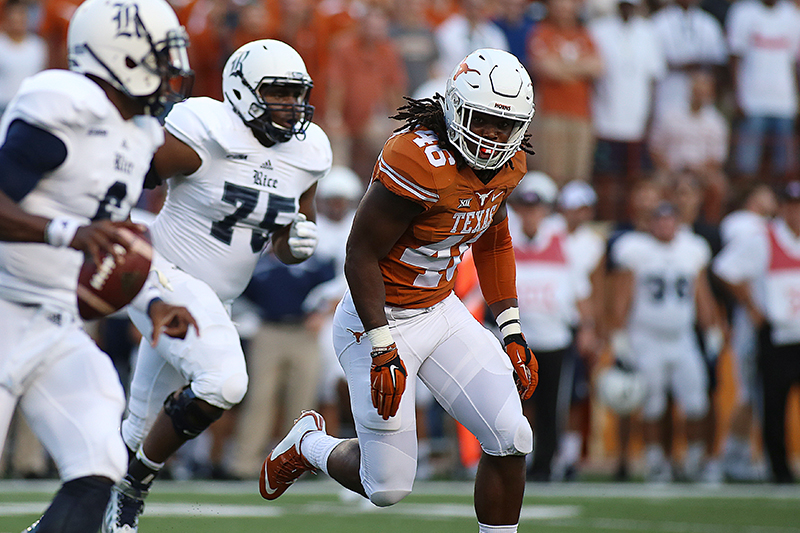 Just a year ago, Texas head coach Charlie Strong recruited the ninth best class in the nation per ESPN rankings. Yet today, his 2016 class stands just inside the top-30.

That could all change on National Signing Day.

For some schools, these recruits offer a chance to maintain a dominant position in college football; for others, it is a chance to make a name for themselves. And yet, for a certain few like Texas, it is a must-win opportunity to reestablish the historic dominance of their programs.

Strong has led the Longhorns to a lack-luster 11–14 record over the last two seasons, but ESPN’s National Director of Recruiting, Tom Luginbill, said he believes the coaching staff has made recruiting changes that will help the program.

“You are seeing Charlie Strong and his staff slowly but surely make more inroads with the high school coaches across Texas, and as a result making more of an impactful, lasting impression on kids across the state of Texas,” Luginbill said in a media conference call.

“I just think the time to scrutinize and evaluate is resonating with kids in relationship to them knowing this Texas staff is invested and doing everything they can to avoid making errors and make the best possible decision going forward,” Luginbill said.

Luginbill believes that waiting longer benefits schools as well because they have more time to look at “critical factors” like mental competitiveness, temperament, academics and psychological profile.

“At the end of the day, this is all about avoiding misses,” he said. “That’s what makes recruiting so dangerous, the more it becomes accelerated.”

For Texas, big names are still on the table, including the top two safeties per 247Sports Brandon Jones and Deontay Anderson. Fourth-ranked outside linebacker Jeffrey McCulloch will be announcing his decision Wednesday, in addition to fourth-ranked inside linebacker Dontavious Jackson, per 247Sports. Texas stands a good chance to snag Jones, McCulloch and Jackson, with an outside shot at Anderson. All four players will announce their decisions on ESPNU.

Some lesser-known names also offer the Longhorns a chance to add to the 17 players that have already committed. Four-star defensive tackles Jordan Elliott and Chris Daniels decommitted from Michigan and Oklahoma, respectively, and are considering joining Strong’s class. Three-star safety Chris Brown and four-star defensive tackle Stephon Taylor both appear to be leaning towards Texas, according to 247Sports.

“I think Texas is going to end up being somewhere around 21 verbal commitments and signees,” predicts Luginbill. “If you look at it right now, Texas has an opportunity to make a big jump with a lot of players.”