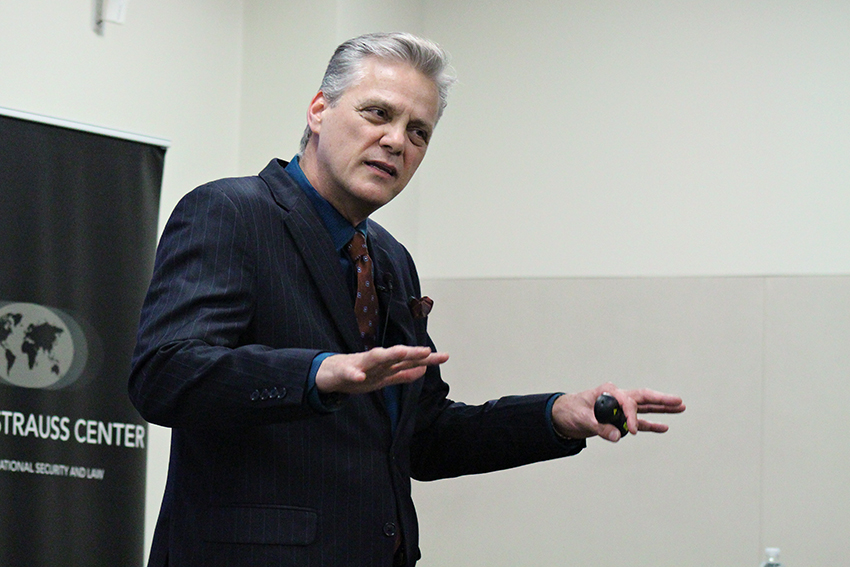 Michael Stewart is the CEO of Lucid, an artificial intelligence company. He spoke Wednesday at UT’s Center for International Security and Law.

Stewart began his talk with a discussion of how AI has evolved in the Austin community. He said that former computer science professor Douglas Lenat began the Cyc project in 1984 with the aim of assembling a human-like common sense. At that point, Lenat estimated this project would take 60 years to complete.

“This promise that we could just code up the intelligence of humans inside the box started to give rise to the realization that this was going to be really hard,” Stewart said. “If it takes 20-something years to code up a generally smart human organically, to have common sense, then how many decades would it take to code that in systemic structure?”

Cyc was released in 2012, in only half the time Lenat predicted. Stewart’s company, Lucid, now focuses using projects like Cyc to solve real-world problems, such as the logistics of matching patients to clinical trials in a Cleveland hospital. Stewart discussed the history and implications of Cyc, as well as the implications of AI in general.

“The applications of this technology are all around us,” Stewart said. “They’re in Siri on our smart phones. They’re in the program that recommends movies to us on the web. They’re predicted to be in lots and lots of others all around us.”

Stewart said the future of AI would be disruptive but ultimately usher in a new era of technology.

“AI affects ethics, laws and the social fabric of the world. This can be immensely good or immensely bad,” Stewart said. “The pace of the evolution is profound.”