Austin dream pop act MCG discusses origins, their first time in a studio, and the importance of consistency 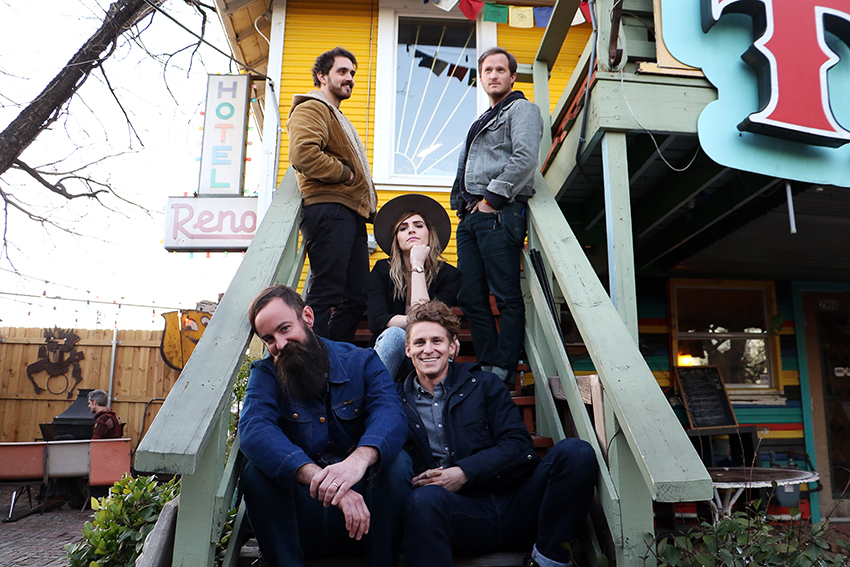 For UT alumna Mariclaire Gamble, forming her first band was as easy as asking a couple of childhood friends.

“I had known two of these guys since I was seven,” Gamble said. “And I’ve watched them play music together my whole life. So at that point, it was just about working up the courage to ask them.”

Since the group’s formation a year and a half ago, MCG has spent time touring and recently released their first EP Outside earlier this year. The EP blends indie rock with dream pop, creating a psychedelic sound. However, according to MCG’s lead guitarist David Tenczar, the band hasn’t always teetered toward their current dream-like sound.

“We have each lent our own vision to what [Gamble] already had in mind,” Tenczar said. “Now we have a sound that none of us really imagined before.”

Taking their sound to the stage, MCG toured in the Austin area to mild success, but when it came time to create EP together, the band struggled to bring their live sound onto a recording. When Gamble met Grammy-nominated Austin producer Frenchie Smith after a show, MCG’s guitarist and keyboardist Andrew Bennett said they knew who would produce their EP.

“We really liked what we were doing live,” Bennett said. “But printing that onto a record proved to be a struggle. Frenchie did a phenomenal job of capturing our energy and helping us adapt songs for the recording.”

After spending five days in the studio and working with several companies to press their EP on vinyl, the entire process totaled a year. Bennett compared the process to planning a wedding.

“The proposal was the time we spent in the studio,” Bennett said. “Then you spend a year putting all the details together, and the wedding day is the album release party. It feels so euphoric because you’ve spent so much time working up to it.“

The decision to press their record onto vinyl came after the band earned some money from local shows, but the process didn’t come without its difficulties. After a company lost the record templates for their EP, the pressing took nine months, but MCG’s bassist Jay Cesak noted the impact of having Outside on the fastest growing music medium.

“The records actually give us a kind of credibility,” Cesak said. “It’s odd in that way, a CD just doesn’t work in the same manner. It’s a level of professionalism.”

To keep up their success, the band maintains friendships with other Austin acts, helping them book shows in an extremely competitive city.

“You just kinda have to be that excited puppy with all of the other local bands,” Gamble said. “You don’t want to compare yourself, but you definitely want to maintain a relationship with them, because that can lead to something down the road.”

Reflecting on their recent success and future aspirations, Bennett only had good things to say.

“In the end, we just work hard and care about each other,” Bennett said. “There’s no deadweight in this band, it’s by far the most caring and hardworking group of people I’ve worked with. We just stay positive, and our success drives us to work harder.”