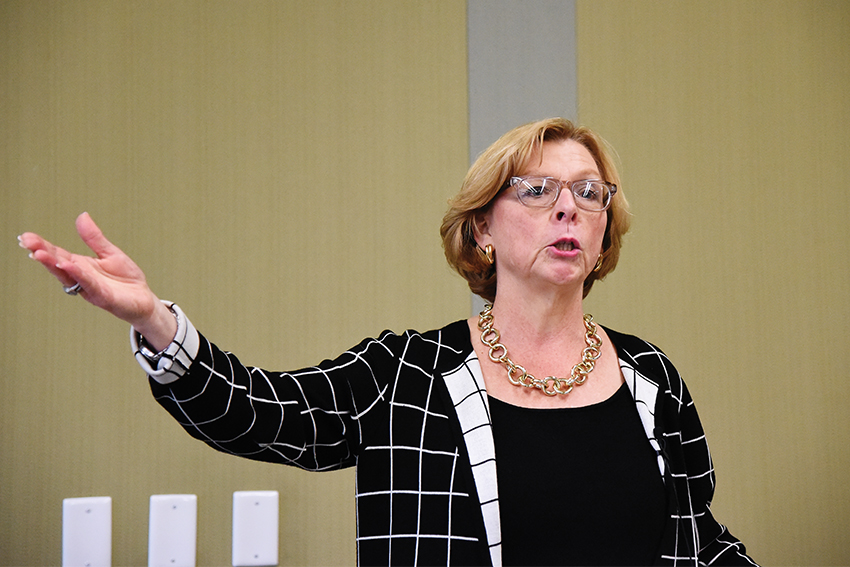 Freedom of religious expression is protected under the First Amendment, but is often used as an argument to defend discriminatory practices, according to a panel of three experts in law and philosophy.

The panel discussed the extent of freedom of religious expression in the United States, how it is defined, the extent to which it is protected and what distinguishes it from
hate speech.

“The two most authoritative structures in human existence are religion and the state, and it would be a mistake to ever think that you don’t need to watch both of them,”
Hamilton said.

Philosophy professor Tara Smith, who organized the event, said the rights endowed by the First Amendment are often taken for granted.

“We do tend to boast about free speech in this country…we’ve been treating it as an axiom,” Smith said. “We don’t often think about why we have it, what its justification is.”

“It opened up my mind on different viewpoints on the matter,” Sahami said. “I really enjoyed the case studies
they made.”

Theater and dance junior Jasmine Kurys said she appreciated the diversity of views present in the panel.

“I really enjoyed that there were three scholars with different views,” Kurys said. “They weren’t always agreeing. It was really interesting to get to see more than one side of this debate even though they all agree that [freedom of religion] is protected…it was also interesting to hear about the way that it is protected.”