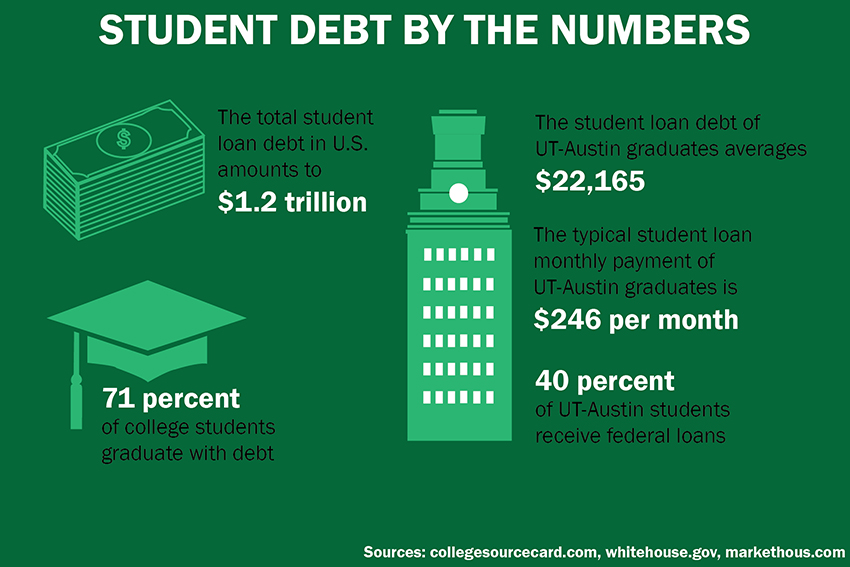 College affordability has become an increasingly important issue in the presidential campaign, but each candidate has a distinct and different plan to tackle this issue that many students face.

Marco Rubio has discussed his own college debt and the amount of time it took to pay it off. Bernie Sanders has railed against Wall Street at his rallies, promising a tax on Wall Street speculation to pay for free tuition at public institutions.

Maliha Mazhar, communications director for University Democrats, said the Republican emphasis on cutting taxes is at odds with increasing access to higher education. She said both Hillary Clinton’s and Sanders’ plans would make strides toward affordability with Congress’ help.

“In order to have a level playing field, it seems as if education is the only way to do that,” government senior Mazhar said. “I’d rather my tax dollars go to higher education.”

“I think what it comes down to is a willingness on the left to throw money at the problem and add more to the budget,” finance junior Guerra said.

Here is an overview of the candidates’ plans:

Rubio is seeking to allow graduates to pay off their loans in proportion to their incomes, according to his campaign website. He also wants to allow individuals to invest in college students’ tuition in return for a portion of their future income.

“If I’m our nominee, how is Hillary Clinton gonna lecture me about living paycheck to paycheck?” Rubio said during the debate. “I owed over $100,000 just four years ago.”

Rubio has not laid out an exact cost for his plan, but his advisors have said it will not increase spending, according to CNN.

Cruz said he wants to eliminate the Department of Education and grant general-purpose education funding to states.

Cruz has not rolled out a full-fledged plan to tackle college affordability.

“I had six figures in student loans. I just paid off my student loans five or six years ago,” Cruz said in an interview with the Skimm. “We’ve got to return to an environment where small businesses are growing and flourishing and creating jobs and opportunities.”

Trump said the federal government should not turn a profit off of student loan debt.

“That’s probably one of the only things the government shouldn’t make money off — I think it’s terrible that one of the only profit centers we have is student loans,” Trump said in an interview with The Hill.

Last August, Clinton released a plan for students to graduate without loans from public universities and attend community college for free. Clinton also seeks to cut interest rates on student loans and create an income-based repayment program, according to her campaign website. She estimates this will cost $350 billion, financed through $175 billion in block grants to the states, increased state spending on education and fewer tax deductions for high-income earners. Students, she said, would need to work 10 hours a week to graduate debt-free.

“This is one of my biggest … priorities and I will be addressing it from the first day I become president,” Clinton said in a Facebook Q&A.

Sanders has the most sweeping plan of all the candidates: make tuition free at public colleges.

“Too many of our young people cannot afford a college education, and those who do go to college are faced with crushing debt,” Sanders said at a forum last April. “This is enormously important if we are to rebuild our middle class and if we are going to be competitive in the global economy.”

Sanders also wants to cut student loan interest rates and allow students to refinance their existing loans at lower interest rates. He said this program will cost $75 billion per year and be financed through a tax on Wall Street speculation.