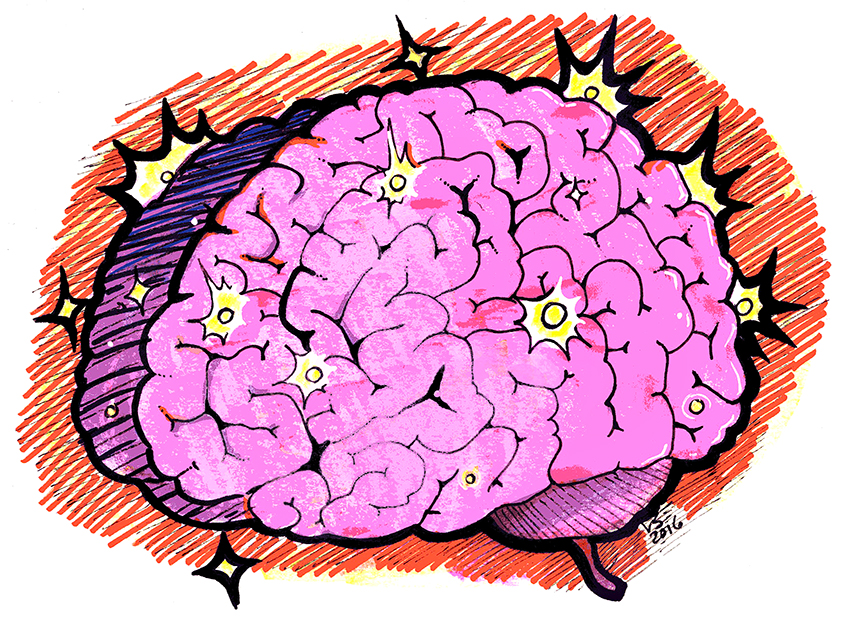 Rats are not renowned for their smarts. However, rat brains recently helped UT scientists make an important discovery about human memories.

In a study published in the journal “eLife,” neuroscience professor Kristen Harris from the Center of Learning and Memory and collaborators detailed their discovery that the human brain’s capacity for memory may be much larger than previously assumed.

In order to find these results, they took a small sample of brain tissue for computational modeling and analyzed its synapses.

“All of the data are from a tiny piece of rat brain, the size of a red blood cell,” Harris said.

The scientists used a tissue sample from the rat’s hippocampus.

The brain’s storage capacity is dependent on the number of synapses and the power of their connections. Synapses are pathways that control how chemical information is transmitted throughout the brain, and larger synapses tend to be more successful at activating nearby neurons. Multiple synapses often form between brain cells; because these multiple synapses undergo the same activity, they should all have the same strength.

“Brain tissue is bewilderingly complex, more so than other organs,” co-author Justin Kinney said. “To capture this structure accurately, we must examine it at the nanometer scale.”

Electron microscopes are capable of generating images with 2.3 nanometer pixels. The brain tissue was very thinly sliced, imaged and reconstructed into a 3D model, according to Kinney.

The modeling revealed that the parts of the brain cells that the synapses connected to had almost identical sizes. Researchers suggested that the precisely similar sizes of synapses could be related to proper functioning and the computational ability of the hippocampus.

Based on these reconstructions, researchers hypothesized that total human memory capacity may actually be ten times larger than they previously assumed. The sizes allowed researchers to estimate that a single synapse stores an average of about 4.7 bits.

Because of this discovery, the total storage capacity of the brain is now estimated in petabytes. A single petabyte contains as much information as about 62,500 smart phones. In 2001, the Internet stored about 295,000 petabytes, according to the journal Science Express, but this storage capacity was predicted to grow greatly.

Improperly functioning synapses are associated with neurological diseases such as Alzheimer’s.

“It is known that Alzheimer’s disease leads to loss of neurons and synapses, which take their stored information with them when they die,” co-author Thomas Bartol said. “Our discovery raises additional questions about whether brain disorders including Alzheimer’s disease might impact the precision of synapses’ sizes.”

This information may also help scientists design more efficient computers, according to a release from the Salk Institute. The brain’s precise synapse sizes and computational ability provides a model for more precise technology.