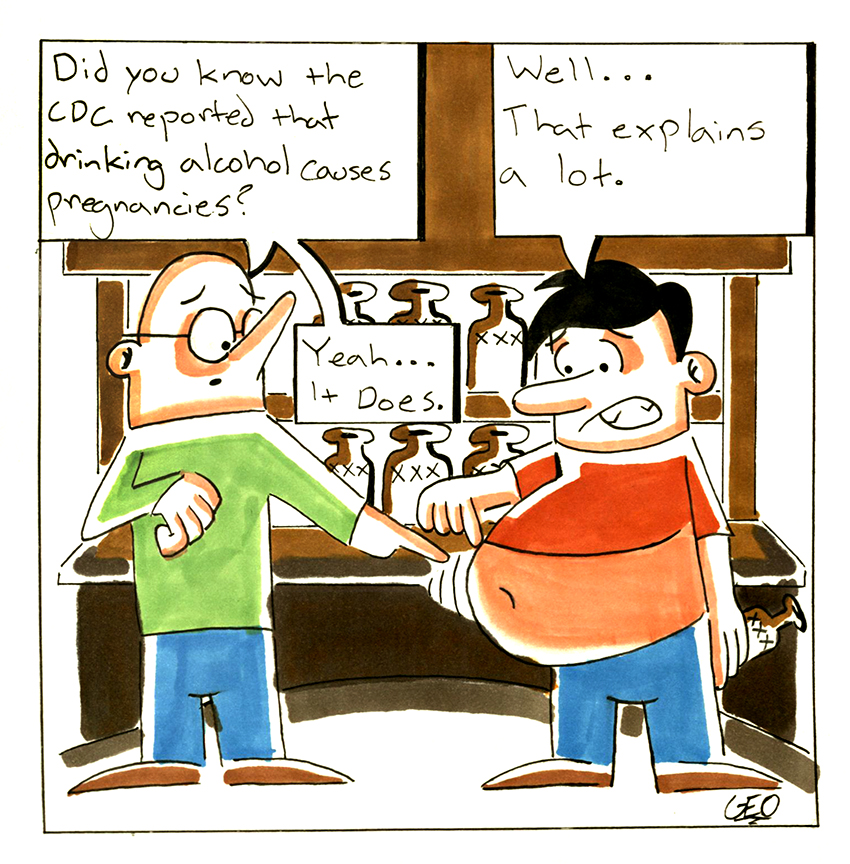 It is safe to say that no one has ever gotten a sexually transmitted disease from drinking alcohol. However, a recent infographic from the Centers for Disease Control suggested that women should not drink lest they accidentally contract a pregnancy or an STD. It even goes so far as to encourage women not to drink because it can cause injuries/violence.

While its intentions of reducing Fetal Alcohol Syndrome were sound, this infographic is encourages subtle victim blaming by insinuating that women who drink alcohol are to blame for much more than having a few extra drinks.

The CDC intended to reduce Fetal Alcohol Syndrome by publishing this infographic, which alone is a noble cause. Similarly, the idea that women could choose to use birth control to protect themselves from unwanted pregnancy is sound.

However, this infographic combines these ideas improperly and draws the wrong conclusion by implying that pregnancy, STDs and assault are a woman’s fault if she drinks. This ignores the root cause of the problem.

As a health organization, the CDC is obligated to employ the best and most beneficial tactics to combat the health problems our nation faces. Studies have shown that victim blaming produces depressive effects, consequences for mental health, and anxiety. By employing this tactic, the CDC is negatively impacting women, rather than helping them.

The infographic implies that if a woman drinks more than her allowed amount she can expect consequences, and said consequences will be all her fault because she has put herself at risk. According to this infographic, this amount not to be exceeded is 8 drinks a week or more than 4 drinks in 2-3 hours.

Women should not have restrictions placed on them that men do not, including drinking. Aliyah Conley, Plan II, English and anthropology sophomore and VP Programming for Women’s Resource Agency explained that this infographic is insulting beyond the fact that the CDC should remain objective in general.

“The connection between STDs and alcohol consumption is odd and doesn't provide women (or anyone for that matter) with helpful information regarding safe practices,” Said Conley. “While alcohol is a health risk, it is a risk for everyone, not just for women. Placing these expectations and burdens on women to monitor their alcohol consumption to prevent injuries/violence and STDs is misguided and reinforces a culture that devalues and belittles women.”

Especially on a college campus, where sexual assault is a known problem, encouraging victim blaming is especially problematic. On college campuses, drinking and partying occur on a regular bases, and women should be able to do so without fear, just as men do.