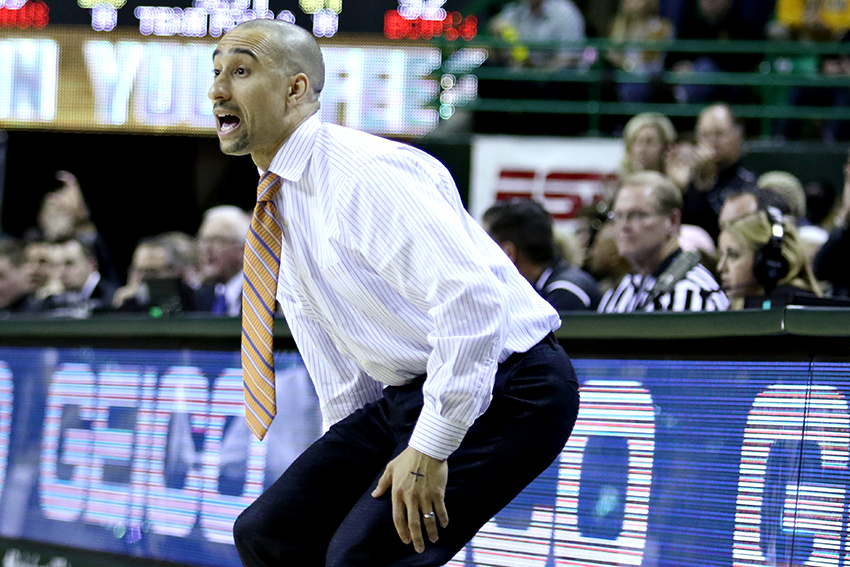 The morning after No. 24 Texas had its heart ripped out by Buddy Hield’s game winner for No. 3 Oklahoma in Norman, the head coach said moral victories aren’t what he’s looking for.

“I think a moral victory is more of a media thing, to be honest with you,” Smart said. “I’ve never really believed in that. I think whether you win or lose you want to learn from the game.”

Still, even after losing to Oklahoma and Hield — who Smart called an “assassin” — ­­­Texas has plenty to be happy about. The Longhorns are enjoying their first week in the AP Top 25 poll, have a few marquee wins on their resume and haven’t sunk in a tough Big 12 conference after losing senior center Cameron Ridley.

But the next three weeks will paint a vivid picture about where these Longhorns are heading into March.

A road date with No. 14 Iowa State is next on the docket, followed by a home game with No. 10 West Virginia. Oklahoma, No. 6 Kansas and No. 21 Baylor each visit the Frank Erwin Center in February. The Longhorns also have to travel to Oklahoma State and Kansas State — the Wildcats actually beat Oklahoma at home.

All of those games are winnable, judging by what Texas has done in the past. But, in this league, anyone can beat anyone. Such is life in this year’s Big 12.

The Longhorns currently have sole possession of second place “fourth place, one game back of Kansas, Oklahoma and West Virginia in the conference and already have a solid NCAA Tournament resume with wins over North Carolina, Baylor, West Virginia and Iowa State. The key for Texas is building on that.

The Longhorns’ ceiling is probably a Sweet 16 team if they get on a roll heading into the tournament. Most projections currently have Texas as a No. 4 or No. 5 seed, and, given how Texas has played lately, it’s possible to envision them winning two games to break into the Sweet 16.

But, the better the seed, the better the chance Texas has to advance in March. The Longhorns’ remaining schedule may look like a murderer’s row at first glance, but Smart views them as opportunities.

The opportunity Texas has is to improve its NCAA resume even further, and get hot going into the Big Dance. A realistic record for Texas in these final seven games is something along the lines of 4–3  — which would boost its resume and momentum going into the postseason.

Doing better than that is a huge plus, while faltering down the stretch would drop them drastically seeding-wise.

Losing a winnable game to Oklahoma certainly stings, but Texas has the chance to come out of February feeling as confident as anyone.

It’ll be wins, not moral victories, that give them that boost.