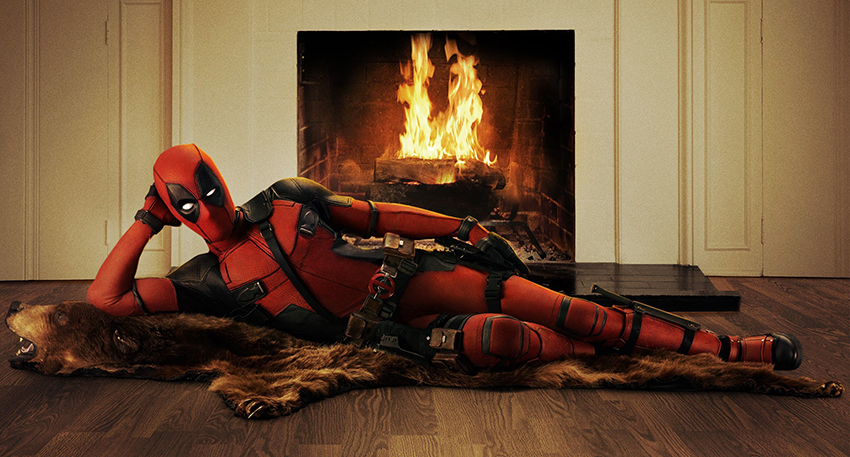 After a devastatingly bad adaptation of the character graced the silver screen in “X-Men Origins: Wolverine,” 20th Century Fox’s second try, “Deadpool,” carries over some elements from the comics and will please most moviegoers in spite of its weaknesses.

As Deadpool himself declares, this R-rated superhero flick is a love story. Deadpool was once Wade Wilson, an ex-military specialist suffering from, as he calls it, “el cancer.” When he is offered a cure by a mysterious man, he leaves his beloved girlfriend, Vanessa (Morena Baccarin), behind and subjects himself to a series of torturous experiments run by Ajax (Ed Skrein), a mutant who is immune to pain. The process heavily scars his body and transforms him into a mutant with advanced regenerative capabilities.

Wade manages to escape from captivity and, with the help of his friend Weasel (T.J. Miller), sets out to exact revenge on Ajax — Wade takes to calling him by his real name, Francis, just to annoy him. When Ajax kidnaps Vanessa, Wade must rescue her with the help of two X-Men, Colossus (Stefan Kapičić) and Negasonic Teenage Warhead (Brianna Hildebrand).

“Deadpool” offers a heavy dose of meta-humor that pokes fun at Reynolds’ failed “Green Lantern,” superhero movie clichés and Hugh Jackman’s manly beauty. Deadpool occasionally turns to the camera and addresses the audience, much to the confusion of the characters around him, and his antics involve splattering his enemies, casually lopping off heads, doling out catchphrases (“Maximum effort!”) and throwing tantrums over his wounds. To top it off, director Tim Miller and writers Paul Wernick and Rhett Rheese plug in clever, though juvenile, innuendo whenever they can.

There are rarely moments when viewers will not laugh. “Deadpool” reliably sticks the landing from its hilarious opening credits (the text on screen declares the movie stars “God’s Perfect Idiot” and is directed by “An Overpaid Tool”) to its perfect post-credits scene.

There are two big action sequences in the movie. The first is an inventively staged highway battle that gets the picture off to a rousing start, while the second is climactic showdown filled with funny quips and asides. The middle act features smaller yet bloodier fights, where the focus leans more on humor than violence. Deadpool’s insane combat methods are more villainous than the average superhero’s, though Colossus suggests he might one day join the X-Men. Sequel bait, anyone?

Reynolds proves a capable and charming action lead, and his comedic timing is on point. Though his good looks aren’t on display for most of the picture, his quick wit is. Even at his most despicable, Deadpool is thoroughly likable. Baccarin doesn’t get much to do other than play off Reynolds, but the chemistry is between them is strong.

Perhaps Fox thought “Deadpool” needed a familiar plot thread to get audiences on board with its unconventional character, but the origin story is a misstep. The revelation of how Deadpool came to be, the revenge plot and the dull Ajax prove the most uninteresting parts of such an irreverent and chaotic movie. It’s a little disappointing — why settle for the bouncy ball when the sandbox is filled with bigger, better toys?

Thankfully, the film mostly succeeds due to Reynolds’ talent, the sharp dialogue and Miller’s direction. Though this Deadpool feature is flawed, it certainly feels like a maximum effort.