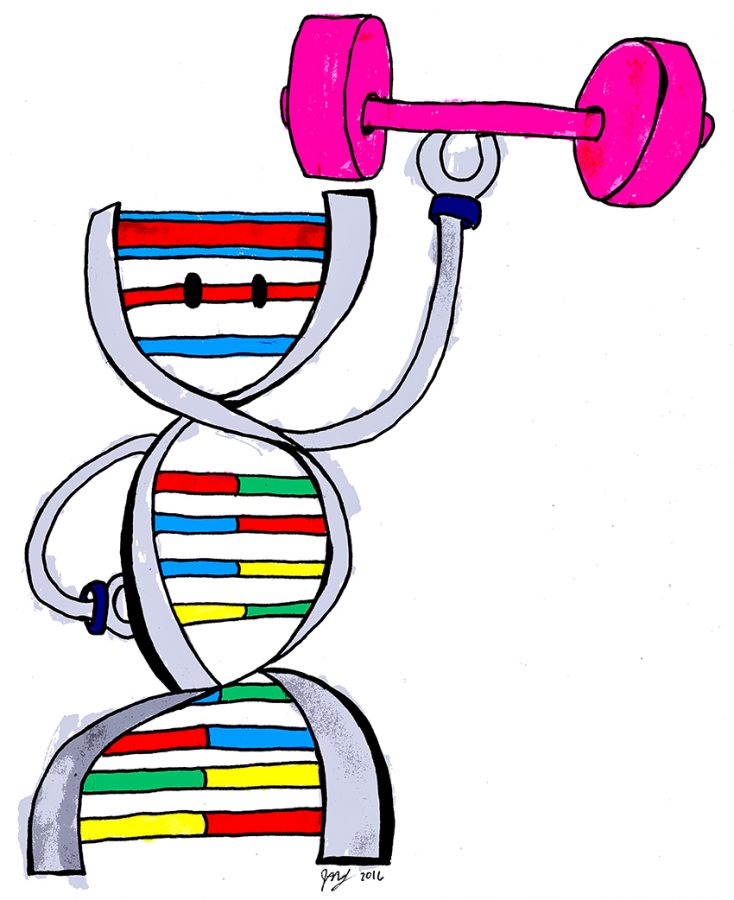 Many wish that research on genes could help them fit into their skinny jeans, but scientists said more work still needs to be done before successful genetically-based weight loss programs can become a reality.

A group of researchers led by nutritional sciences professor Molly Bray found initial evidence that weight loss efforts can be customized to specific genetic information in the body, as published in the journal Obesity.

In the review, scientists discussed links between body weight and certain genes, such as those for energy processing, appetite control and fat cell production. The ultimate goal of the research is to develop a way of designing personalized weight maintenance plans that could be altered for each individual based on their genetic codes. This is known as the precision method.

Co-author Ruth Loos, director of the Genetics of Obesity and Related Metabolic Traits Program and professor of preventive medicine at Mount Sinai Hospital, said weight gain and weight loss are influenced not only by environment, but also by genetics.

“We discussed the current status of genetic body weight regulation ­— why some people gain and lose weight more easily than others,” Loos said.  “Our main conclusion is that there is definitely something innate to gaining weight and losing weight. There is an environmental component — some people eat more or are more physically active — but that is not the only [factor].”

Loos said the researchers looked into 60 genes that influence weight factors such as the brain and fat storage.

“What we’ve learned, of the many genetic studies, is that the genes we’ve identified seem to act predominantly in the brain,” Loos said. “The brain controls our food intake and willpower — hunger and satiety. The brain is a crucial, critical organ that can make you susceptible.”

Loos said research in this area is still in its early stage, and thus needs more data before scientists can make recommendations for the public.

“Some people claim they can use genetics to prescribe your diet, but these claims are overstated,” Loos said. “I don’t think at this point we can say, ‘This person has this and this features, so this person has to eat a certain way’ — there is no uniformed diet that works for everybody.”

“The reason why someone is overweight or obese is multigenetic,” Mahon said. “It’s more complex than [simply looking at a specific gene].”

Neurobiology senior Eve Sharifi said she had heard of the method from her classes. However, Sharifi said she would approach it with caution. Her current approach to maintaining a healthy weight includes cooking her own meals and participating in intramural swimming.

“It’s a lot related to metabolism and how different people have the same genes [which are] turned on and off for different metabolic activities,” Sharifi said. “I would be more interested in losing weight in more natural methods, like exercising.”

Biology freshman Christopher Ha said he had never heard of the method, but would be interested in trying it.