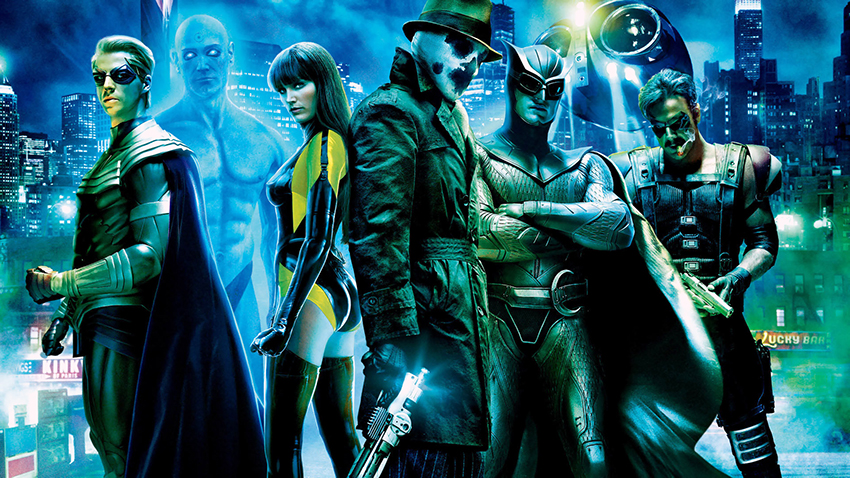 Before hitting the theaters to see the R-rated “Deadpool” this weekend, The Daily Texan suggests checking out these adult-oriented superhero pictures.

Zack Snyder’s “Watchmen” is a faithful adaptation of Alan Moore’s acclaimed graphic novel. Unlike most superhero pictures, “Watchmen” deconstructs the tropes of the genre, from the nobility of vigilantism to stark conflict between good and evil. Many of the superheroes in the film’s universe are insane or mentally unstable because no one in their right mind would ever attempt to be one.

The setting is an alternate 1985 where the Cold War has not ended, the threat of nuclear war looms and U.S. President Nixon has won a third term. Superheroes are outlawed, but masked vigilante Rorschach (Jackie Earle Haley) still operates on his own as he searches for the murderer of a controversial hero, the Comedian (Jeffrey Dean Morgan).

Rorschach thinks he’s stumbled upon a conspiracy to destroy him and the other retired vigilantes, and soon Nite Owl (Patrick Wilson) and Silk Spectre (Malin Akerman) return to action. But they won’t be able to stop their shadowy enemy without Dr. Manhattan (Billy Crudup), a godlike being who has exiled himself to Mars.

Visually striking and thought-provoking, “Watchmen” is a dark, mature take on superheroes, the consequences of unlimited power and the distance people will go to achieve peace. Snyder occasionally misses the point of the comic, succumbing to his desire to make the action sequences look cool rather than portray the violence in a grounded, ugly manner. Nonetheless, “Watchmen” is necessary viewing for any comic movie fan.

Whereas “Watchmen” was dark and gritty, “Kick-Ass” is hilarious and excessive. Its titular character, a teenaged crime fighter whose real name is Dave Lizewski (Aaron Taylor-Johnson), sucks at fighting and he spends more of the film getting pummeled by nameless goons than earning his moniker.

Writer and director Matthew Vaughn shapes “Kick-Ass” into a funny, witty satire on the absurdity of superheroism. The film’s many action sequences splatter the screen with copious amounts of blood, and the characters, good and bad, often leave their battles heavily injured. Taylor-Johnson’s Dave is a likable geek whose awkwardness fades as he comes to earn the title of hero, while Moretz’s Hit-Girl delights thanks to her humorously jarring balance of cutesy innocence and efficient lethality.

“Kick-Ass” explores the nature of superheroes as power fantasies and demonstrates that trying to achieve those fantasies isn’t as glamorous as comic books make it seem. But there’s a glimmer of optimism beneath the film’s sarcastic, edgy exterior — you don’t have to be super to be a hero.