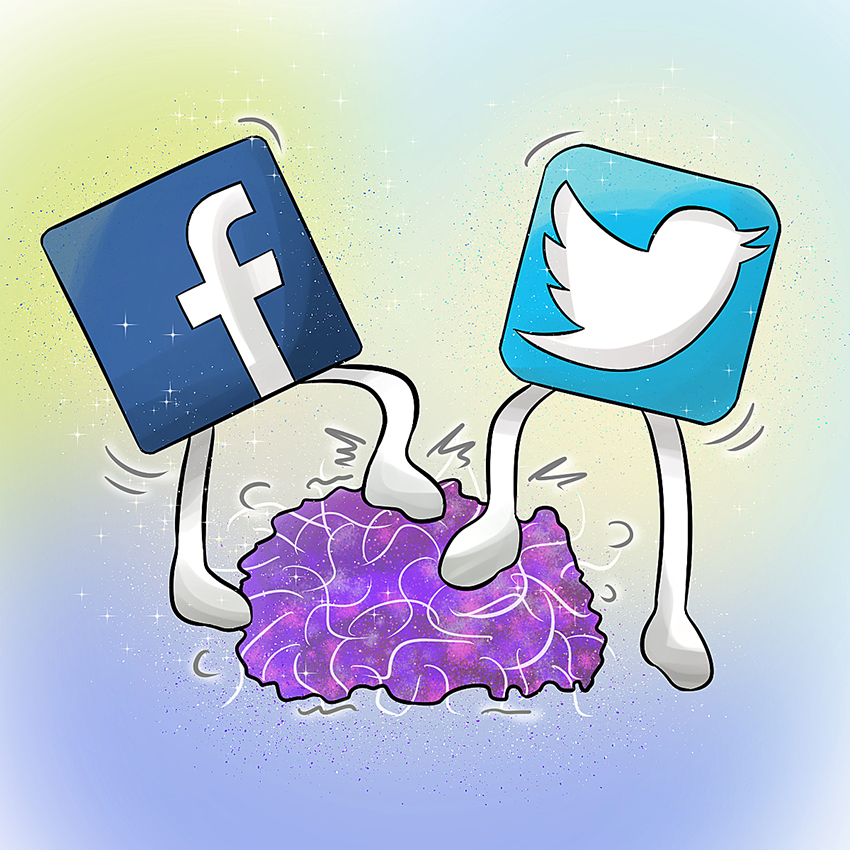 Young cancer patients are using Twitter to find connections where previous generations had none.

In a new study, researchers collected two years’ worth of tweets by cancer patients and caretakers that used #StupidCancer.

Results showed that the largest number of tweets, 65 percent, shared information. Twitter users expressed emotion in 16.5 percent of posts, and only 1 percent of tweets asked for support.
The researchers found that hope was the predominant emotion — it showed up in one of every five emotional tweets. Desperation came in second place, accounting for one in every 10 posts. Only 1 percent of posts expressed fear.

“Younger people are the ones typically using this hashtag, so they’re taking a more heroic, bolder stance when they talk about it,” Myrick said.

She added that fear might have greater expression in more private conversations.

The study takes one of the first looks at a novel type of communication, according to Myrick.

The hashtag originated with the New York nonprofit Stupid Cancer, which was founded in 2007 by brain cancer survivor Matthew Zachary. The organization focuses exclusively on cancer patients, survivors and caregivers between the ages of 15 and 39.

The National Cancer Institute estimates that 69,000 young adults were diagnosed with cancer in 2011 and that cancer was the primary cause of disease-related deaths among young adults that year.

Kenny Kane, cofounder and chief operating officer of Stupid Cancer, said that the company was formed because of a lack of support for 20- to 30-year-olds with cancer.

Communities for specific types of cancer have Twitter chats, exchange articles and share updates throughout the week, according to Kane.

“It keeps everybody in the community in the loop,” Kane said. “It’s really changed the way that healthcare providers interact with patients. Sometimes you’ll see doctors weighing in as well as people who are just trying to learn more.”

Brad Love, associate director at the Center for Health Communication at UT-Austin, is another coauthor of the study. Love, a member of the Stupid Cancer board of directors, dedicated one of his public relations classes to creating a rebranding campaign for the nonprofit in 2011. Students developed a popular Facebook ad featuring a yellow bird and a caption that read “Like us to give cancer the bird.”

“People do and can comfortably say ‘Here’s how I’m feeling today,’” Love said. “That reduces some of that isolation.”

Cancer patients can also find support online from the UT MD Anderson Cancer Center, according to Laura Nathan-Garner, the program director for integrated media communications.
The center’s blog, cancerwise.com, includes posts written for and by cancer patients, survivors and caregivers.

“When patients receive a cancer diagnosis, one of the first things they do is go online,” Nathan-Garner said. “They’re looking for stories of hope.”

According to Myrick, there’s still a lot that can be learned from Twitter and other social network sites.

“We don’t yet know how those different types of tweets impact people who are using Twitter,” Myrick said.

Love said that researchers and institutions can learn a lot about the human experience of cancer and other illnesses by looking to social media.

“Bringing that humanity into care is always a wise idea,” Love said.