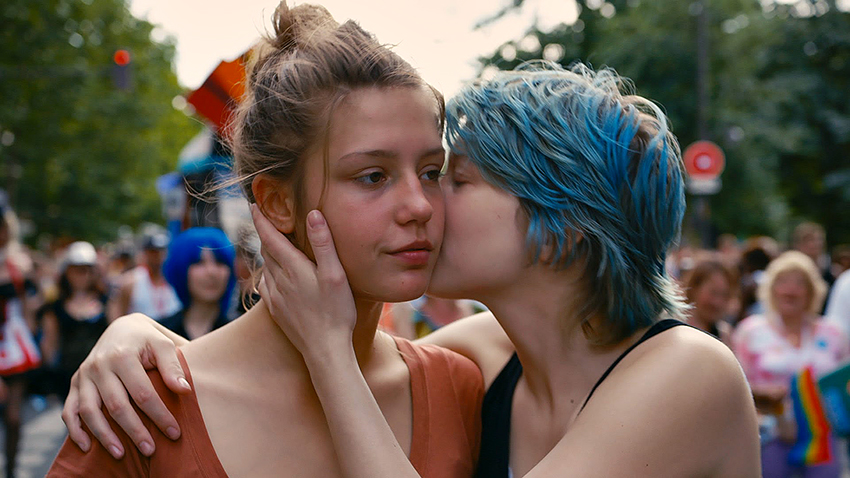 Every year, the approach of Valentine’s Day beckons last-minute decisions about the perfect date. For our “dinner and a movie” lovebirds, The Daily Texan suggests three great romances on Netflix that you probably haven’t seen.

Julie Taymor’s state-of-the-art musical holds true to the belief that “all you need is love.” Set to the tune of classic Beatles hits, the film illustrates the lives of several bohemians, whose quests for peace, justice and love are impeded by the Vietnam War. Featuring Jim Sturgess and Evan Rachel Wood, the film utilizes Taymor’s distinct visual language to convey the passion of romance, pro-peace ideology and anti-war sentiment amid political crisis. The protagonists’ plight for liberation unfurls with immense beauty, leaving viewers with a simultaneous ache for justice and admiration of the power of visual storytelling.

Taymor’s zeal for visual surrealism is evident in the film’s technical feats, including its lush cinematography, well-structured staging and skillful editing. The film’s unprecedented approaches in storytelling compensate for its temporary lapses in narrative clarity, creating an astounding moviegoing experience that is enjoyable and praiseworthy. Combined with a plethora of symbols and references to popular culture, “Across the Universe” soars as a work of art that pays tribute to the Beatles and their impact on the twentieth century.

Joe Wright’s direction of Leo Tolstoy’s classic novel breaks ground as one of cinema’s most visually engaging romances. Starring Keira Knightley, Jude Law and Aaron Taylor-Johnson, “Anna Karenina” breathes life into a scandalous love affair set in nineteenth-century Imperial Russia. When the wife of a senior statesman locks eyes with a young cavalry officer, the two engage in a passionate romance and fall victim to heavy gossip. The onset of unexpected consequences leaves them testing the strength of their love, combating social standards, classism and weakening family ties.

Wright’s emphasis on the theme of public perception is central to the viewer’s experience. His decision to film the story within the confines of a run-down theatre facilitates unique technical decisions, from staged set changes to sweeping single takes between scenes. Combined with the film’s award-winning costumes, breathtaking production design, surrealist sequences and lavish score, “Anna Karenina” triumphs as a romance like no other, reminding viewers that all the world’s a stage.

This French coming-of-age romance epitomizes love in the face of adversity. Based on the graphic novel by Julie Maroh, “Blue is the Warmest Color” portrays a young woman’s acceptance of her sexual identity when she falls in love with a female art student. Led by Adèle Exarchopoulos and Léa Seydoux, the film conveys the turmoil involved in her acceptance, from sheltering her sexual orientation to refuting criticism when it becomes subject to speculation. The narrative captures the development of their closeted relationship, a metaphor of the struggles faced by the LGBT community.

Director Abdellatif Kechiche utilizes realism to establish these parallels, seeking truth in his tribute to genuine, irrevocable love. Supported by unforgettable performances, an excellent screenplay, gorgeous visual symbolism and powerful statements on social standards, Kechiche manages to craft a bona fide masterpiece that stays with viewers long after the credits roll. The sum of his bold artistic decisions breathes new life into a genre that has long necessitated authenticity, transforming a three-hour story into a deeply moving experience.