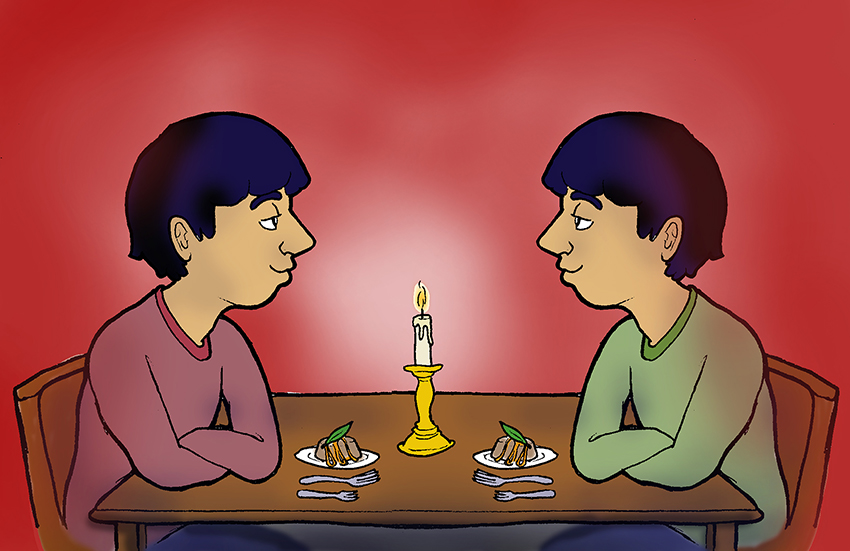 Students in the proverbial “friend zone” may think their courtship attempts are doomed, but UT Austin research indicates that patience sometimes pays off.

UT scientists found that as two people get to know each other, they often change their first impressions. Each person’s view of the other’s attractiveness becomes more extreme: some people become repellant with time, while others begin to delight. In romantic settings, equally attractive couples tend to start dating immediately, while disparate partners take longer to get together.

Doctoral candidate Lucy Hunt published a study with human development and family sciences professor Paul Eastwick that explores the relationship between perceived attractiveness and time. She said that classmates who have known each other for only two weeks are more likely to agree on how attractive one of their peers is. However, as the students got to know each other over the course of a semester, there is less consensus on who was most attractive.

Hunt published a more recent study where she, along with Eastwick and psychology professor Eli Finkel of Northwestern University, found that there was a relationship between the amount of time a couple knew each other before they started dating and the difference in their physical attractiveness.

“Couple members who had gotten together after they first met, were much more likely to be matched in attractiveness than couples who had been friends or who had known each other for a long time,” Hunt said.

In the study, scientists filmed both dating and married couples talking about their relationships and judges rated each individual’s physical attractiveness.

When scientists compared the couples’ ratings, they found a clear relationship between the amount of time the couple knew each other and the differences in their looks.

“I think it’s good news for everybody out there, really,” Hunt said. “It affirms what was always true about being attractive but it also has this kind of silver lining message for people who might not be considered conventionally attractive.”

Although most people consider the “friend zone” to be the end of their romantic advances, it could actually be a valid step toward a relationship. Hunt said that getting to know someone over time increases the likelihood they will see you in a different light, but not always more positively.

“Someone getting to know you better over time might someday think ‘Oh wow, they actually would be great as a romantic partner’ or they might think ‘Oh, they especially would not,’” Hunt said.