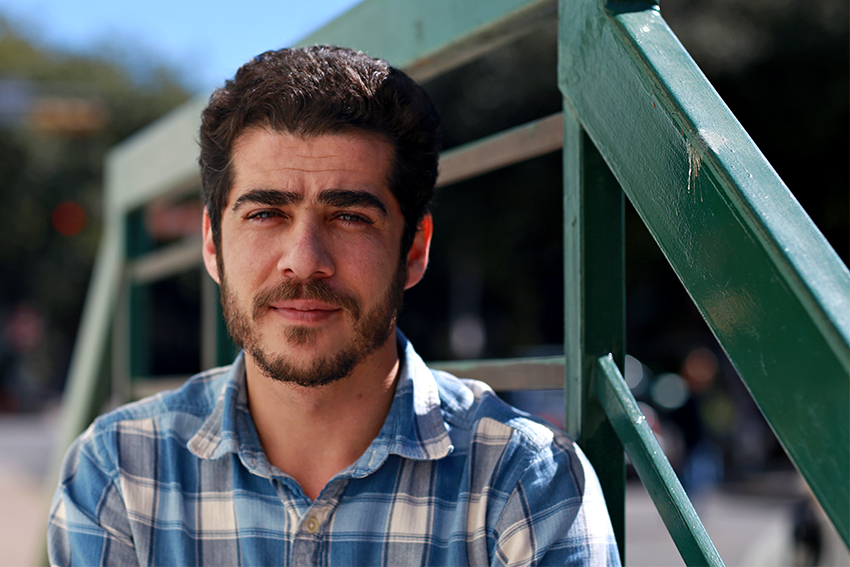 Images of armed fighters running through the streets of an Iranian war zone still linger in Mardin Aminpour’s memory.

Aminpour, a history Ph.D. student, is one of the first Kurdish Iranian scholars granted a Fulbright Scholarship to finish his education in the United States.

“When I arrived I was amazed. Really amazed,” Aminpour said. “It felt like the world was at my feet, and I could accomplish anything I wanted.”

Born and raised in Kurdistan, Iran, Aminpour came to the United States eight years ago, setting out to accomplish a dream he didn’t realize he had.

Aminpour gained his bachelor’s degree in English literature and began his masters at the University of Tehran before coming to America.

Aminpour said the journey to the United States wasn’t easy. With no American embassy in Iran, he had to travel to Dubai to interview for the program.

“This has changed my life,” Mardin said. “I never thought I would come to the U.S. I was very unfamiliar with any kind of scholarships.”

While he said it was a big adjustment moving from the small West Azerbaijanian town of Sardasht to the big city of Tehran, he experienced a real culture shock when he came to the United States.

“What Hollywood showed us about America was all violence and gangsters,” Aminpour said. “But when I arrived here, I was amazed how nice Americans were. Everyone was smiling at me; in Iran they never smile.”

Aminpour said living thousands of miles away from home was a surreal feeling, but school kept him from letting the pain of missing home resonate through his everyday life. Last summer, when he finally had the chance to visit home, he was overwhelmed by how much had changed in eight years.

“I feel that I have this split personality,” Aminpour said. “I don’t know whether I want to go back or stay [after graduation]. I know that I’d love to stay here, but I don’t know if I can live there, because when I visited, I had really missed my family but I also missed here. When I came back to the U.S., everything was familiar.”

Mardin still doesn’t have an American-born friend, but he said he would love for this to change. He said, like many other international students, he still feels like an outsider in the country he now calls home.

“I think Americans have a closed circle,” Aminpour said. “They are very good at small talks and brief encounters. I wasn’t able to form a deep friendship with any of them.”