‘Where to Invade Next’ offers comedic look at American politics 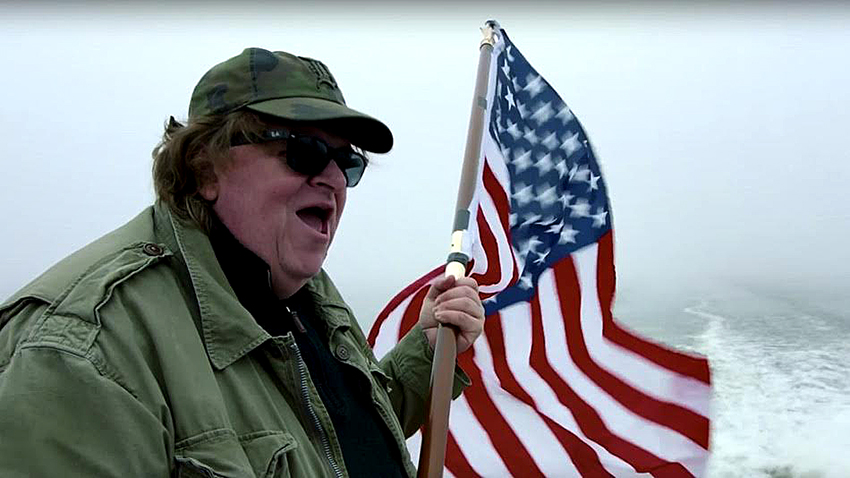 The progressive politics that have defined documentary filmmaker Michael Moore’s career are back and bolder than ever.

In his latest documentary, “Where to Invade Next,” Moore embarks on an expedition for logic, seeking sane solutions to social and economic ills. In showcasing the solutions developed by numerous foreign entities, Moore remarks on the progress America has failed to make, turning his seemingly innocent “travelogue” into a powerful political force. Shot on three continents with a small crew working in secrecy, the film documents Moore’s ambitious quest to send a message to his American brethren — one of clarity in the face of an uncertain political future and of hope in the face of hardship.

Contrasting the critical tone of his previous works, Moore opens the documentary with a clear message: America is caught in crisis. A montage of recent political turmoils invites viewers to pause for reflection and to assess the state of the union in which they live with as much objectivity as possible. Moore proceeds to carry his film with a surprisingly lighthearted, humorous tone, conveying citizens’ reactions to descriptions of politics, education and employment in America. However subversive the film’s connotations may be, they’re cleverly blanketed by Moore’s boundless humor, which functions as a vehicle of entertainment amid disconcerting revelations.

Humorous as the film may be, its overt comedy eventually calls for serious self-assessment.

The critical second half of “Where to Invade Next” accepts Moore’s invitation to pause for reflection, utilizing interviews with government officials to reflect upon America’s political stagnancy. The shift from amusing, journalistic humor to deep, poignant commentary fans the flames of discontent toward the American government — or, at the very least, its supposed ineptitude. While a few lighthearted moments break up the second half’s dramatic overtones, its contemplation satisfies Moore’s objective as a filmmaker: to send a wake-up call to the American public. And, for the most part, it succeeds, impacting viewers from across the political spectrum in profound — perhaps even unimaginable — ways.

This venture into political waters isn’t a first for Moore. The acclaimed documentarian gained traction for his work on “Roger & Me” (1989), which assessed the impact of Roger Smith’s decision to close a number of GM auto plants in Flint, Michigan. In 2002, three years after the Columbine High School massacre, Moore attracted serious attention for “Bowling For Columbine” (2002), the Oscar-winning documentary about the potential causes of the tragic shooting. Moore’s “Fahrenheit 9/11” (2004) aroused controversy for examining the aftermath of the Sep. 11 attacks, and “Sicko” (2007) sparked debate for its investigation of America’s seemingly crooked health care system.

Moore’s liberal views have further played out in his satirical non-fiction novels, notably “Stupid White Men… and Other Sorry Excuses for the State of the Nation”! (2001), an assessment of the Clinton and Bush administrations, and “Dude, Where’s My Country?” (2003), a left-wing analysis of political turmoil in the early 21st century. Though insistent that he is not a political activist, but rather an active democratic citizen, Moore’s plethora of works have endowed him with celebrity status in the realms of politics and documentary filmmaking. His overlapping themes of corruption and crisis have sparked debate for more than 25 years, turning him into one of the most influential figures in recent history.

“Where to Invade Next” is no exception to this trend of controversial political commentary. With clear motives and pervasive satire, it stands as one of the most important films of the decade — a rare treat for viewers that’s as entertaining as it is resounding.

Where to Invade Next