Before Bevo, Pig Bellmont trotted the streets as UT mascot 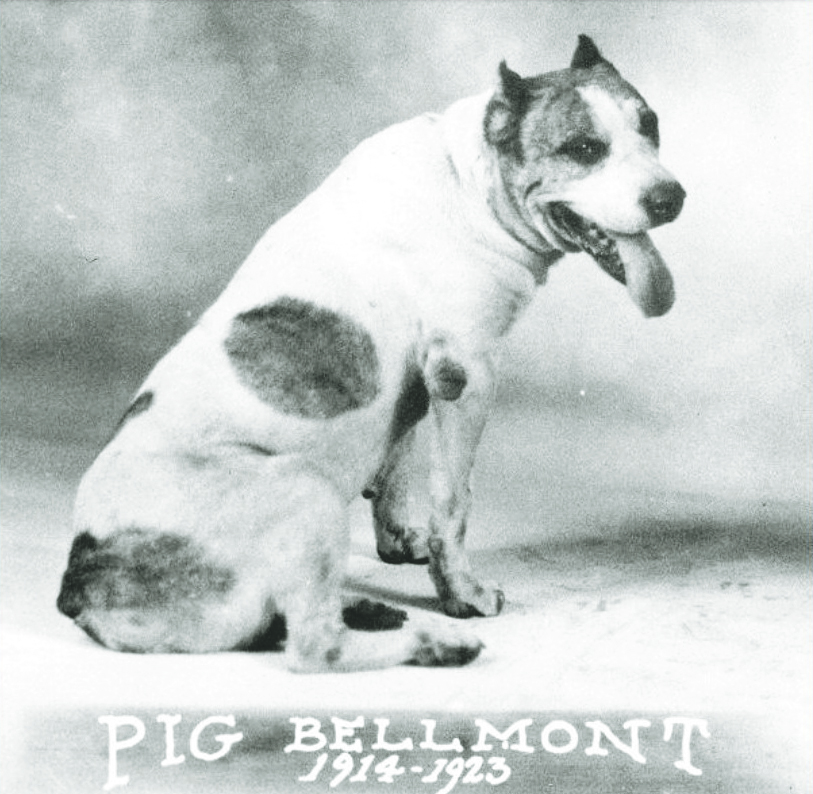 While Bevo XV will be revealed at the first football game of the season next fall, the University’s first mascot was not the iconic longhorn but a tan and white pitbull mix named Pig.

In 1916, when Bevo was introduced, Pig was still seen as part of the Longhorn family until his passing, but today, not many people know about Pig or even recognize his name, which he got from former football captain Gus “Pig” Dittmar because his legs resembled the football player’s.

Tim Taliaferro, vice president of communications and digital strategy for Texas Exes, said Pig’s memory might be forgotten because of Bevo’s fame.

“Bevo is such an iconic mascot and there’s [such] a rich tradition around Bevo that the little known story of Pig Bellmont is often overshadowed,” Taliaferro said. “There [have been] 14 Bevos, and there are few more recognizable mascots in the whole world than the longhorn. If our mascot wasn’t a big deal, maybe more people would know about Pig.”

The longhorn was introduced as UT’s mascot on Thanksgiving day in 1916, after a prank by Texas A&M students led to the purchase of the first Bevo by Stephen Pinckney, a law alumnus who had long wanted to establish a live longhorn as the University mascot.

“The Longhorn steer is a one-of-a-kind mascot that represents the pride and tradition of The University of Texas, as does the silhouette logo that is recognized world wide,” John Bianco, associate athletics director for media relations, said. “I don’t expect that to ever change.”

Finance sophomore Zahra Jaffer said she never expected the University’s first mascot to be a dog.

“It’s very strange because I think most of the students think that our mascot has been a longhorn since the beginning,” Jaffer said.

Students can visit Pig’s burial site near the Graduate School of Business building and the back entrance of Mezes Hall.