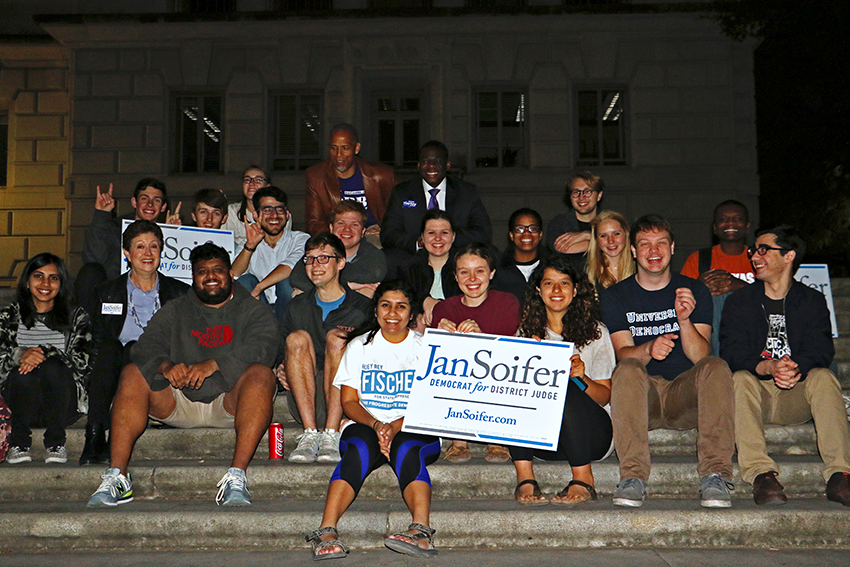 Students can avoid the long, time-consuming lines associated with election day voting starting Tuesday by casting their ballots at the Flawn Academic Center during the early voting period, which runs until Feb. 26.

Beginning at 7 a.m. on Tuesday, voters can head to the FAC — the only polling location on campus — with a Texas driver’s license, passport or another state-approved photo form of identification to cast their votes in a slew of competitive primary races, from president down to state House seat.

“If [students] have a busy schedule, don’t plan on going [to the FAC] on election day because I’m guessing it will be very, very busy,” said Kassie Barroquillo, program coordinator for UT Votes, a nonpartisan campus organization aiming to increase voter turnout.

Although Texas has had one of the lowest turnout rates in the country — 47th in 2012, according to the U.S. Election Assistance Commission — UT Votes has previously attempted to reverse historical trends, especially in 2008 when turnout among millennials spiked, Barroquillo said.

This year, UT Votes is teaming up with other nonpartisan campus groups — including Hook The Vote, a Student Government agency — to reach their turnout goals.

University Democrats, one of the many partisan organizations on campus, stayed up throughout the night Monday in West Campus until Tuesday so that they could be some of the first to vote in Travis County.

“While it’s a little bit absurd, I think it shows how enthusiastic [we are] and how much passion we have about voting,” said Maliha Mazhar, University Democrats communications director. “We hope our shenanigans also gets people excited about voting.”

With record-shattering voter counts in early primary states, campus groups and politically active students are hoping Texas can break its long history of low turnout rates with the help of a competitive presidential election and an open state House seat.

“I feel like there is a certain degree of apathy that every young person has,” sociology sophomore Maggie Oxman said. “We do try to make our voices heard, but it seems like there’s such an overwhelming amount of people telling us not to … speak out.”

Oxman says she sees many of her friends and other students enthusiastically supporting the rhetoric and policies of some candidates over others through social media and volunteering with campaign groups on campus.

“[Supporting a candidate] is literally trash unless you vote,” Oxman said. “It’s nice to see people start to care a little more.”