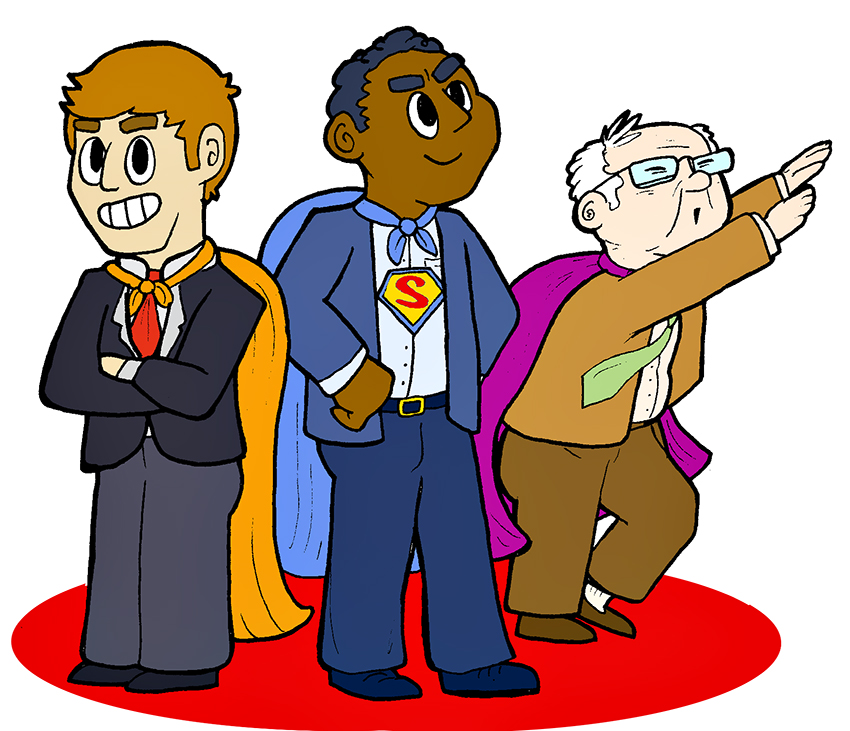 Editor's note: This column appears in a point-counterpoint regarding the effectiveness of the superdelegate system. To read its counterpoint, click here.

Donald Trump is the person the founding fathers feared.

In Federalist No. 68 Alexander Hamilton said the Constitution would prevent a man without the “requisite qualification” from obtaining the presidency.

Call me crazy, but political experience should be a “requisite qualification” for the presidency.

The Electoral College was formed to ensure someone who rallied up public support but was “adversed to the rights of other citizens,” as James Madison wrote in Federalist No. 10, could never be elected. Citizens don’t vote for the president, they instead vote for electors — “men most capable” of deciding the president.

Today, electors are loyal party members, and in 26 states and Washington D.C., they’re required by law to vote in accordance with the popular vote. Thus, the Electoral College no longer has the necessary power to check against the public’s “impulses of passion” that can put unfit leaders into power.

But the Democratic party’s use of superdelegates in their nomination process supports the principles the Electoral College was formed for — to guard against electing fools
into office.

Hillary Clinton and Bernie Sanders need 2,382 of their party’s 4,763 delegates to win the Democratic nomination. And voters in Iowa and New Hampshire gave Sanders a 32–16 lead over Clinton.

However, these 712 superdelegates allow Democratic party leaders to maintain some control over who gets the nomination.

Superdelegates are party leaders that have the power to support the candidate of their choosing and switch their support at will. They’re also the reason Clinton actually leads Sanders 394 to 44 in the total
delegate count.

If the Republican party used superdelegates the way Democrats do, Marco Rubio or Jeb Bush may have a chance, and Trump probably wouldn’t be the frontrunner. Currently, the GOP’s superdelegates account for seven percent of the total number of delegates, but they’re required to vote for the candidate their state voted for. Superdelegates may prevent a socialist, who has praised Fidel Castro, from becoming the Democratic nominee.

And if the Republican party employed their own superdelegates in a way similar to the Democratic party, they could prevent a reality TV star from becoming their nominee. And Hamilton and Madison would stop rolling over in their graves.