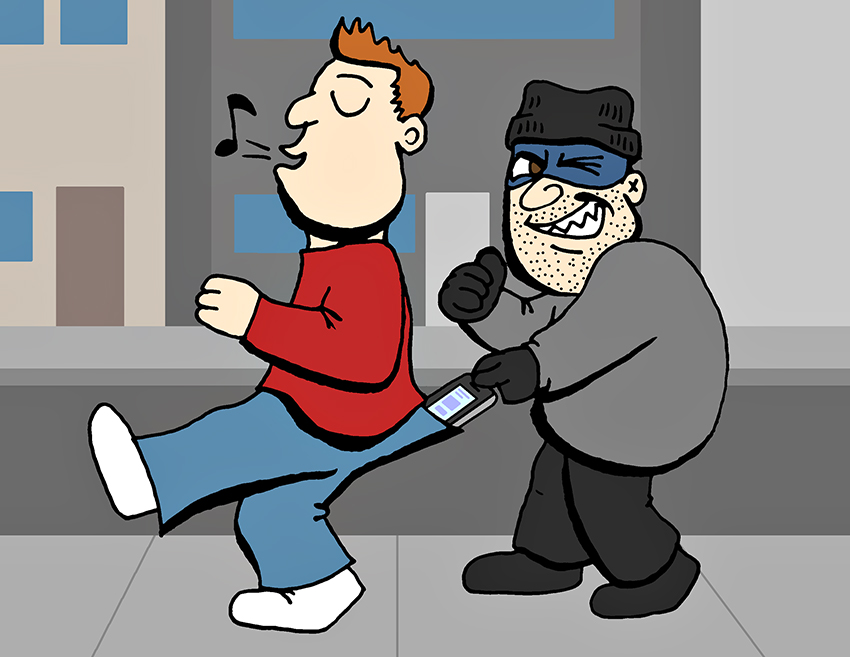 A sense of security on campus along with convenience may encourage students to leave their belongings unattended, but UTPD officer William Pieper said theft on campus is a reality students should be prepared for — especially when it comes to iPhones.

Pieper said UTPD received more than 200 reports of iPhone theft on or near campus within the past six years. The number of reported stolen iPhones reached a high of 59 in 2013, but theft rates decreased to 21 iPhones stolen in 2014 and 20 in 2015, which Pieper said is most likely the result of implementation of advanced technology such as fingerprint activation. Two cases of iPhone theft have been reported so far this year.

Crowded areas where students gather for specific purposes, such as libraries and gyms, are often popular locations for iPhone theft, Pieper said.

Jennifer Speer, associate director of division of recreational sports, said the gym receives reports of stolen items at least a couple of times per week. Based on daily observations, Speer said theft is usually the result of students leaving items unattended without a lock.

“Our biggest education point with students is to make sure they lock up their personal belongings,” Speer said. “The majority of thefts occur from students who leave phones out whether that be as they’re running around the track and they just let it sit by a door or if they’re on the basketball courts and leave their phone unattended on the bleachers.”

When UTPD receives a report of a stolen iPhone, they utilize one or a combination of methods depending on the circumstances of the situation. Pieper said officers typically start the investigation by checking the lost and found and tracking the phone, which locates the origin of the latest signal the phone received.

Pieper said he encourages students to take preventive measures in case of theft by activating the “Find My iPhone” app, writing down the serial number of the device and engraving their drivers license number on their phone. A serial number allows police to expand their search to pawn shops and Craigslist.

Pieper said the “Find My iPhone” app is utilized under conditions that make the process feasible. Multiple officers are necessary to monitor the activity of the phone and track the location of the phone, Pieper said. The constant activity of students on campus presents a challenge to effectively use the app to find the missing phone, but Pieper said this method works in the evenings and on weekends, when there is less activity on campus.

“We have used [“Find My iPhone”] in the past,” Pieper said. “It is not as easy as you might think though — it actually takes a lot of resources to do that.”

Craig Newcomb, former UT physics student, reported a lost iPad and MacBook computer in late January after leaving his backpack at a Subway near campus. While working with a detective on the case, his iPad was located in Mexico.

As a victim of theft, Newcomb said he wants to raise awareness of the issue and encourages students to not leave items unattended.

“People can feel really at home at UT and they get too trusting,” Newcomb said. “If [your phone] gets stolen, there’s no guarantee that it’s going to get back to you.”