As voting begins, UT students should pay attention to all elections 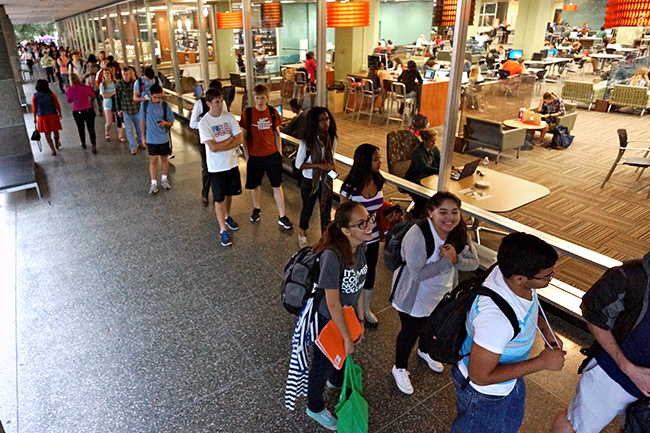 March 1 through March 3 are big days for University of Texas students. On March 1, Texas residents will vote in their respective party primaries for their preferred candidate for president of the United States. Student voters will also have the opportunity to choose a nominee in Texas House District 49 along with other local races.
On March 2 and 3, UT students will have a chance to vote in student government elections, choosing a new SG Assembly, president and vice president, along with numerous Texas Student Media and University Unions positions. These positions are all important, and students would be wise to take all of these races seriously.

It would be tempting to say that the only race that matters is the Texas primary for president of the United States. Democratic candidates Hillary Clinton and Bernie Sanders have massive followings on campus, and thousands of students will undoubtedly visit the polls to cast their ballots in that race. The same goes for the Republican side with former Longhorn Jeb Bush in the race, along with Texas Sen. Ted Cruz, Florida Sen. Marco Rubio and several others. There’s often a singular fascination with the presidential race, but UT students will have other important choices to make starting on March 1.

Perhaps most crucial amongst those decisions is the primary for HD-49, widely regarded as the most liberal district in the Texas House of Representatives. As I’ve previously written, former University Democrats president and Legislative staffer Huey Fischer is banking on student turnout to propel him to victory, while other notables in the race such as Matt Shrum and Gina Hinojosa have also courted students. That race merits strong participation from UT students, given the amount of attention paid to them by the candidates.

Finally, students should embrace the importance of participating in their Student Government elections. While some may view those elections as reserved for an “insider” group of students, this assumtpion couldn’t be further from the truth this year. Four diverse and engaging executive alliances are running at the top of the ballot; 18 students from across campus are running for University-wide representative; and dozens more are running for other seats. It is time student participation in campus-wide elections reflect the inspiring ideas and refreshing diversity of the candidates for office.

Fountain is a government senior from Pelham Manor, New York. Fountain is the Forum Editor. Follow him on Twitter @wf_atx.