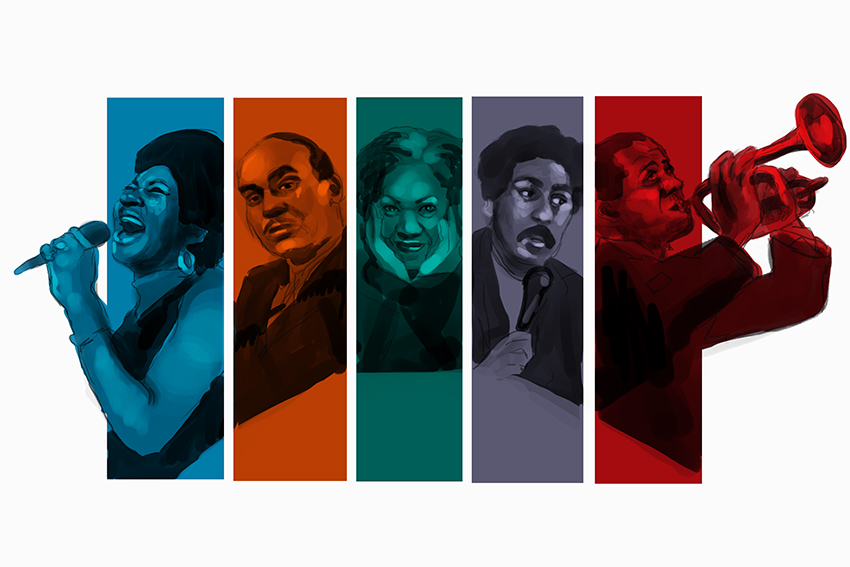 While Black History Month prompts thought, debate and even controversy with its arrival each February, the occasion is an invitation to consider the rich cultural body that is black history. The Daily Texan asked professors for their recommendations of works by black artists — works that have changed their thinking on race or have influenced their lives or thinking more broadly.

Now an immortal part of the American literary canon, “Their Eyes Were Watching God” follows the development of a black woman, from voicelessness and passivity to exuberant self assertion — all wrought in an unprecedentedly affecting dialect. In the book, author Zora Neale Hurston explores not only the differences between white and black communities but also the divisions within black society.

When Bentley-Edwards first read the novel in college, she was attracted to Hurston’s use of vernacular speech, or Ebonics.

“Hurston’s use of Ebonics made me feel that the ways in which my family communicated were validated by her beautifully complex story,” Bentley-Edwards said.

She said she realizes Hurston took significant risks to publish a work of such uncommon style.

“She had the audacity to not only tell the story of a financially and sexually empowered black woman, but she also used the language and voice of Southern black people,” Bentley-Edwards said. “It was an act of defiance.”

Taking its title from a Langston Hughes poem, “A Raisin in the Sun” by Lorraine Hansberry is a work of black theater that considers not only race but also class, sexuality and a surfeit of other social factors as they intermingle in a Chicago neighborhood. Named the best play of 1959 by the New York Drama Critics’ Circle, the piece has continued to inspire recreation in film and musical forms.

Thompson said she remembers being racked with questions after seeing the play for the first time.

“How do you integrate a neighborhood knowing that your new neighbors despise you? How do you stay in an environment that will eventually curtail your growth?” Thompson said. “This is the challenge of integration that continues to haunt this nation.”

“Native Son” by Richard Wright follows the life of a 20-year-old black man living in Chicago in the 1930s. Bigger Thomas, the novel’s naive protagonist, finds himself persecuted by the society responsible for his plight. Following a fling with a white woman that he mistakes for a romance, Thomas is incarcerated. He attempts to come to terms with his relationship to white society while undergoing trial and imprisonment.

Professor Sylvie first read Wright’s book when he moved to Louisiana for college, transitioning into a new environment of racial consciousness.

“It was the ’70s,” Sylvie said. “Lousiana, being in an integrated environment was a unique experience, then you realize that you can mix with people who are different. … You can look but you can’t touch. Oh, you can like that, but you can’t act on it, unless you want to put your life in danger.”

Sylvie said he sees “Native Son” as an important work for people learning to relate to new sets of social expectations.

“It’s probably something that every black person can identify with,” Sylvie said. “It tells you that when you go to an unknown society, you have to learn what is acceptable behavior. I’ll say that stuck with me a while and still sticks with me as a black male. Because you know, you can’t be driving while black in certain neighborhoods. You still get looks if you are walking with a woman who is not the same shade as you, even in Austin.”