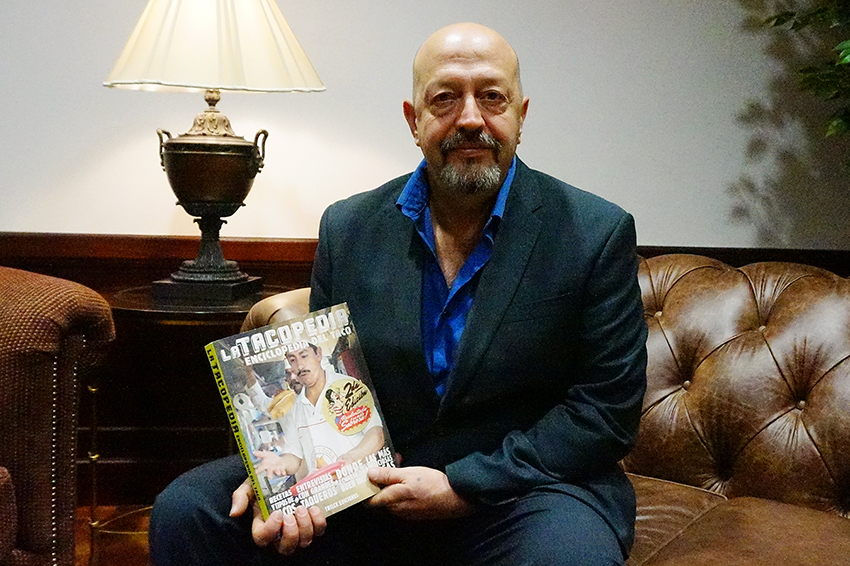 From Torchy’s Tacos to Taco Bell, many Texans share a love of tacos, but not many know the history behind the Mexican dish. One researcher, Alejandro Escalante, decided to research the taco’s origins and find out what makes it so popular.

Escalante described the journey that took him to Mexico to write his book, “La Tacopedia: Enciclopedia del Taco,” in a talk at IBC Bank on Wednesday hosted by the Teresa Lozano Long Institute of Latin American Studies. The book describes the various styles and traditions of the Mexican taco. It follows the evolution of the tortilla from a handmade to a largely machine-made item but discusses the continued tradition of hand-preparing the inside contents, Escalante said.

Escalante said his inspiration to write the book came from his need to explore the well known dish and to inform people about what it really is.

“When I started to do the research, it was impossible,” Escalante said. “It stood out that there was nothing on this [subject], and there are tacos everywhere.”

Escalante said attempting to define a taco was surprisingly difficult.

“It’s easiest to recognize what a taco is not,” Escalante said. “It’s not junk food. It’s not a formal meal because you eat it with your hands. … The easiest way to approach tacos is to try to [understand] the three main ingredients: the tortilla, … the content [meat] … and finally the garnish which can be something very simple as a green chili.”

Julianne Gilland, director of the Benson Latin American collection at UT, said she believed Escalante’s book stood out when compared to similar books about tacos.

“It’s not that nobody’s ever written about tacos before, but no one’s ever taken this approach that tries to be very comprehensive and tries to look at the history and how different styles of taco-making have evolved,” Gilland said.

Geography senior Summer Begnaud said Escalante’s lecture about his passion for tacos helped her relate to her passion about food studies.

“I really like tying food into history and culture … and trying to get food to help understand the rest of society at large and make connections to what’s happening,” Begnaud said. “Learning about tacos seemed really great because I enjoy tacos, and I know that lots of foods have been co-opted by different cultures, especially like in America; we try and take things and try to make it our own and we kind of lose the culture that came with it.”