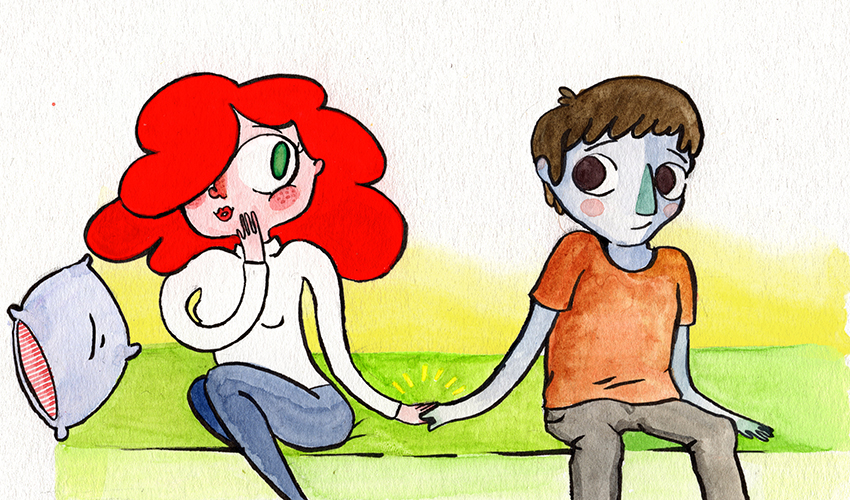 Editor’s note: Some of the names in this story have been changed to protect the sources’ identities.

The expectations for an incoming college student are higher than ever: Get good grades, join several clubs, make life-long friendships and get rid of your virginity before you get there.

Going into college, there seems to be an underlying need to be as sexually experienced as possible, leaving students confused about the realities of what sex and dating is like on college campuses across the nation.

In a recent poll conducted by New York Magazine and Survey Monkey, 700 students in America were asked questions concerning sexuality and relationships and revealed just how distorted the perception of sex in college is from reality. 74 percent of freshmen and sophomores and 64 percent of juniors and seniors assumed that their peers were far more sexually active than they were. When asked about their own sexual experiences, the students’ responses revealed that nearly 40 percent of those that were surveyed were virgins.

“I think that in freshman year I was definitely more submerged in the idea that sex was something that people did with random people on the weekends,” communications senior Christine Phillips said, “You just think that’s what college is.”

While its fairly common for students to worry about their own sexual inexperience, those who enter college in relationships have a different set of concerns.

Chemistry sophomore Paul Barrett said he worried he’d be missing out on the perceived college sexual experience when he arrived at UT.

“I went into college in a relationship, and I definitely thought that once I became single there would be this sharp influx of people at my disposal to hookup with,” Barrett said. “When I left the relationship, I realized that it is not that way at all.”

The survey shows there is an apparent disparity between what young adults think is a “normal” sex life and what is actually happening on campuses nationwide. This peer pressure concerning what others are doing in the bedroom can greatly affect one’s self-esteem. Those students who haven’t had sex can feel alienated or that something is wrong with them if they assume they’re the only virgin in their friend group. What was found on UT’s campus, however, suggests the fear that comes with being a sexually inexperienced college student is based on what others think of them.

Journalism junior Poppy Brown said she thinks more about how her inexperiences will affect her future relationships, “Having not done anything like having a boyfriend or having sex, my concern is that when I eventually do, I’m going to be way less experienced than they are,” Brown said, “But I think it’s just people that are all talk, trying to project themselves as something they think they should be, which makes the idea of having sex casually really normal.”

In a 2011 study published in the scientific journal Sex Roles, researchers found that watching music videos had a direct influence on how sexually active boys and girls thought peers of the same sex were. These assumptions were tied to television, movies and songs that insist that having sex — often with multiple partners — is not only cool but also necessary to fulfill the male or female role. Hookup culture has become an especially familiar term to the current generation of college students when being surrounded by influences that normalize casual flings.

“I can only assume that the media is where we are getting these ideas from,” Phillips said. “But what I’ve come to learn from those movies and television shows is that the way people go about their sex lives in college is way different than they ever showed it to be.”