Anti-police brutality is not anti-police 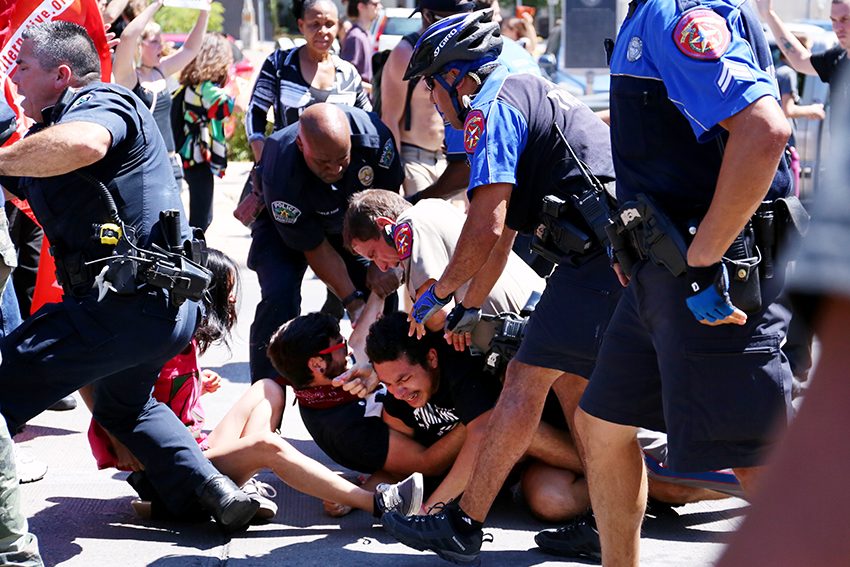 Police brutality is not a recent occurrence. It has been a decades-long problem for minorities — especially black individuals — and has once again captured the attention of the entire country, with tragic stories of black men needlessly killed by police officers across the nation. Regardless of our races, we should all embrace the movements against police brutality because they are not fighting for one group’s rights at the expense of others, they are fighting for equality.

While Black Lives Matter and other movements have brought these social injustices to light, they are often depicted in overwhelmingly negative ways, which fuels the flames of public intolerance. Media outlets such as “Fox News” have even portrayed them as “murder movement[s],” a manifestation of the racism that underlies their public perception. Black Lives Matter does not prioritize black lives over other lives, rather they emphasize the broader, institutionalized racism that black individuals have faced for decades. They bring to light the changes that should have been enacted decades ago.

Even here in Austin, a naked, unarmed 17-year-old black male was killed by a black police officer responding to a disturbance call a little more than a week ago. In response, local activists from groups such as Black Lives Matter held a peaceful protest at City Hall. Austin Police Chief Art Acevedo met with local activists, a move that should happen more often when fatal shootings occur across the country, especially when confidence in police is at its lowest in 22 years.

To build trust between the community and local law enforcement, public health freshman Kayla Adenike Eboreime said she believes that with fewer prejudices, the police can be trusted.

“I don’t believe that all police have the malicious intention to kill innocent black people,” Eboreime said. “I do think that subconscious bias and discrimination teaches them to fear black bodies. I think racial sensitivity training is imperative and police need to rebuild their image and values so they can be sincerely trusted by the black community in Austin and all over the nation.”

Transparency and training of police can definitely improve public trust and safety. But that cannot happen without recognition that police brutality often stems from underdiscussed institutional bias. Black Lives Matter should not be a movement isolated for black individuals. We should all play a role in bringing these ugly issues to light, for the good of black individuals and others alike.