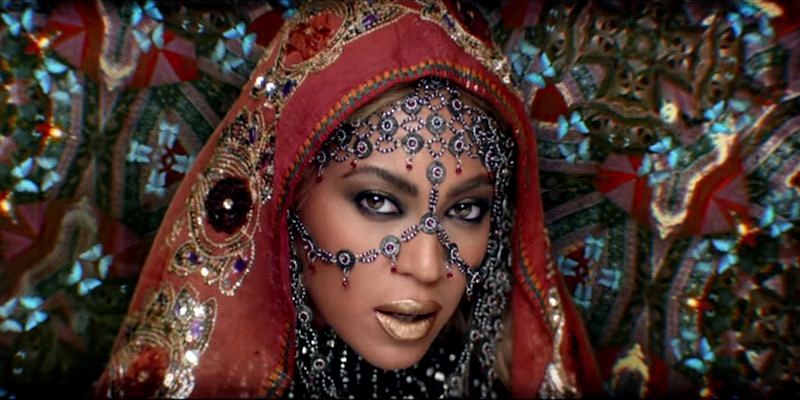 Screenshot from Hymn For The Weekend

I am American-born, but South Indian by descent. I personally experienced both worlds throughout my life, and understand both fairly well. I have learned throughout my several visits that India is a country with over twenty different languages, plenty of unique cultures, several different religions and hundreds of thousands of unique communities.

Coldplay and Beyoncé’s “Hymn for the Weekend” video focuses on one specific aspect of India.  Some will argue the video’s lack of representation, fetishization and stereotyping shapes the world’s perception of India in a negative way, but in reality Coldplay is opening discourse to the world accepting multiculturalism. We should not remain blind and ignorant to other cultures but instead attempt to embrace them.

The video was shot in and around Mumbai, a city on India’s western coast. It consists of several shots of street performers, religious figures and Indian children throwing colored powder in the air and dancing to the band’s music. A minute into the video, Beyoncé is introduced wearing a traditional Sari and jewelry. The song itself contains similar chord progressions often heard in Bollywood songs.

Beyoncé’s traditional Indian attire does not pervert the meaning behind it. The Sari represents femininity, and Beyoncé does a good job accepting and flaunting her femininity. The jewelry has meaning to Hindus, but wearing it without knowing its significance does not draw away from the message.

Coldplay’s celebration of their song with colored powder, obviously inspired by Holi, the spring festival should not be seen as a perversion of the culture. The festival is a celebration of breaking class boundaries, where the rich, the poor and everyone in between come together and make a mess with colored powder and water. It represents leaving the dark behind and moving into the light, paralleling the transition from winter to spring. The video honors the festival’s representation by focusing on the transition to the weekend, where we let go of the week before and look forward to what we have in front of us.

On the whole, Hindu faith is accepting and focuses on the willingness to learn, change and grow. The religion prides itself on its absence of dogmatic symbols and practices. Taking the symbols out of context does not change their meaning for anyone, since the Hindu faith understands our subjective reality of everything. For example, unless you are getting a tattoo of a god in an ungodly place, it is unlikely you are doing anything actually harmful or offensive to the Hindu religion.

Instead of complaining about how India is being fetishized by Coldplay’s short and unrepresentative video, we should be focusing on how to become more informed. Preventing others from using cultural symbols feeds into our ignorance. Ideally, everyone would be able to watch this video and understand the significance of every little thing.

It is time stop focusing on what others are doing wrong, and what we can do right. Go out and educate yourself and others about the true meaning of a culture. We need to get informed, and we cannot do that if we are sitting here arguing about Queen B’s bindi.