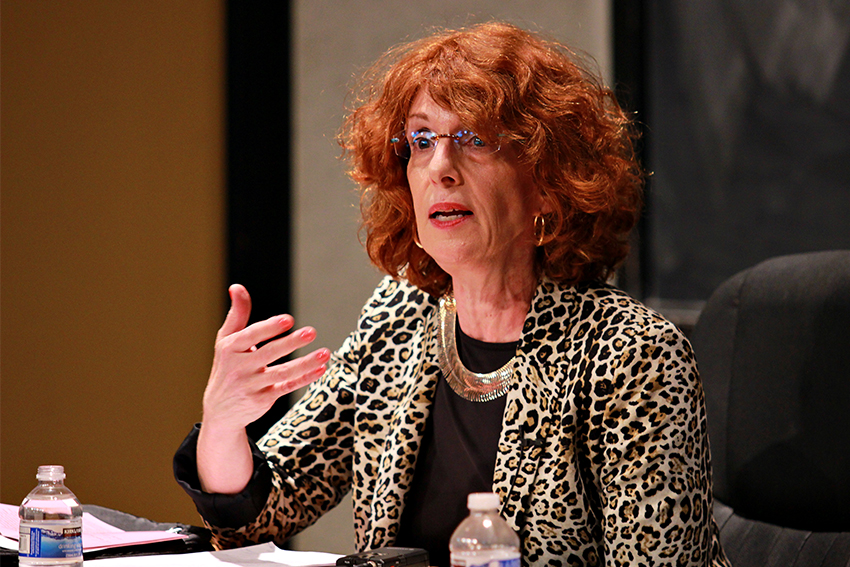 Experts spoke out against the hookup culture and prevalence of sexual assaults on college campuses in a panel discussion Thursday.

The panel, which was funded by the Austin Institute for the Study of Family & Culture, aimed to bring together a variety of perspectives on contemporary sexual culture. Panelist Laura Sessions Stepp, journalist and book author, said there is a current need for higher quality sexual education in order to cultivate healtier attitudes and perceptions about sex. Stepp attributed the current focus on the topic to increasing reports of sexual assault and more open dialogue.

“In my four years of undergraduate, you just didn’t hear about incidents of [sexual] assault,” Stepp said. “But I’m sure it happened. It’s better for these issues to be out in the open.”

Kevin Stuart, executive director for the Austin Institute, said the need for the panel arose from an emerging national conversation about campus sexual assault.

“These are complicated issues and we wanted to deepen the conversation,” Stuart said. “So we chose these three speakers for their diversity, and also to invite students to participate. It’s not a lecture, but a real discussion.”

Stepp said the lack of communication between college students and their role models adds to the problem.

“Parents and leaders still do not talk about sexual education honestly,” Stepp said. “People are uneasy talking about their feelings, and that affects how young people’s views are shaped.”

Miriam Grossman, a medical physician and another panel member, said the current hookup culture on campuses can be misleading and toxic.

“Look at the biology of human attachment,” Grossman said. “Physical contact, even with a stranger, induces powerful physiological responses and emotional ties to a person. But [hooking up] is not the way to develop a healthy, mature relationship.”

Panelist Alexander Pruss, philosophy professor at Baylor University, said the issue is complex because sex is treated differently than other human actions.

“It’s puzzling — the amount of energy humans spend on sex and the boundaries we draw around the activity,” Pruss said. “Then there’s factors of betrayal and heartbreak.”

Stuart said he hopes the panel and discussions will provoke further discussion about the sexual climate on campus and its implications.

“We want people to walk away and say that they need to do some more thinking,” Stuart said. “I hope that’s the takeaway — more awareness of our actions.”