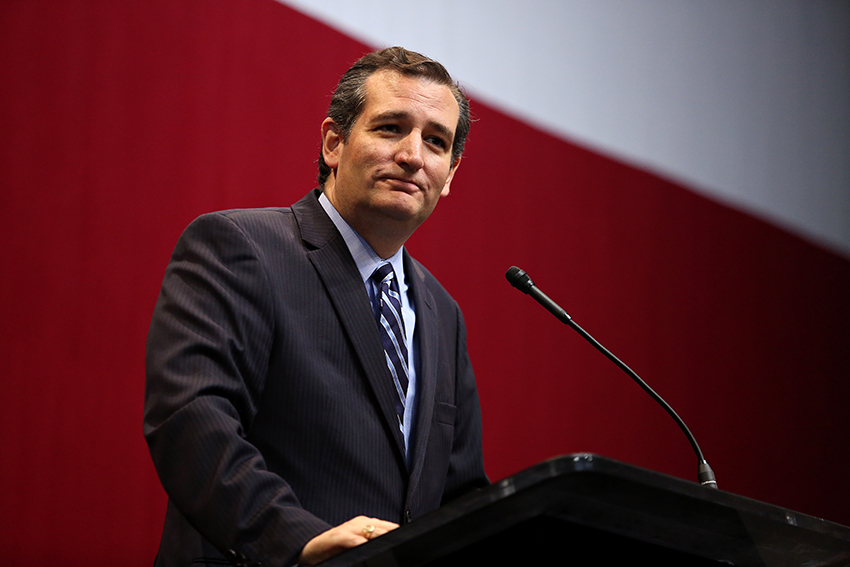 The stakes have never been higher for Texas Republicans. With a pivotal role in the presidential primaries this year, voters here have a real chance to choose the nominee. Now that the field of Republican candidates has narrowed to five, the choice has never been any clearer: anybody but Texas Senator Ted Cruz.

With four years in the senate, Cruz has few, if any, accomplishments. He’s successfully sponsored and passed one bill. Part of his lack of success comes down to his stubbornness. Cruz continuously blocked ambassadors to Norway and Sweden so he could rename a street. Unless Republicans manage to take control of The White House and keep their senate majority, compromise will be the key to success.

In his spare time – and he does have a lot of that having missed 91% of senate votes this year – Cruz can be found antagonizing his congressional peers. Republicans already despise the current president but at least it’s mostly political, not personal. With Cruz in command, it turns personal. His politics might align with some Republicans in office, but it’s hard to imagine that party leadership would want to work with him after he called Senate Majority Leader Mitch McConnell (R-KY) a liar.

“The system certainly doesn’t reward ideologues,” government professor Sean Theriault said. “[Republicans will] certainly work with him when the agree with him, but he’ll start off with zero power to influence them to do something that they don’t like.”

Aside from his lackluster Senate record, Cruz has been running a dishonest campaign. Voters who checked their mailboxes found a series of questionable, potentially illegal letters. Misleading the American people during a campaign is one thing but as the commander in chief, it could prove disastrous.

“The kind of campaign that someone runs says a lot about the person,” Theriault noted. “To expect one thing out of [a] candidate and another thing out of the elected official is foolish.”

If honesty and experience aren’t enough, Cruz’s vision for America is severely blinded. His tax plan will increase the deficit by trillions and he vows to “repeal every word of Obamacare” but offers no alternative, potentially putting millions at risk.

Texans love to support the home team and will naturally gravitate towards their own senator. But even Cruz himself doesn’t support the home team; he dissed the UT football team to earn votes in Iowa. If voters are inclined to vote for Ted Cruz, take a word of advice from this column and the late journalist Molly Ivins: “next time I tell you someone from Texas should not be president of the United States, please pay attention.”