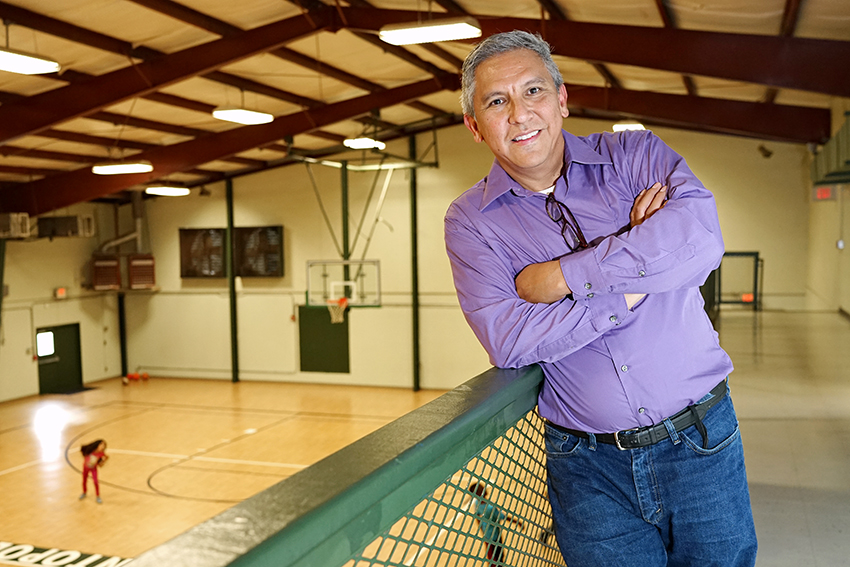 When Dan Sifuentes met 9-year-old Juan, he was what Sifuentes considered a “double whammy,” a non-native English speaker with a learning disability. Juan was in danger of repeating the second grade, but after a summer of tutoring with Sifuentes’ program, Juan started the next school year as a proud third grader.

“[Juan’s mom], like clockwork, would bring him in to the tutoring program, and he would read and read and read,” Sifuentes said. “He was one of those students when he first started that needed to learn how to learn.”

Sifuentes has dedicated his career to teaching students like Juan how to learn and to believe in themselves. In 2013, he started a tutoring program, Outside the Box Dropout Prevention, to target high dropout rates in the 78741 zip code. The program is based in Montopolis, a community on Austin’s east side facing economic disadvantages that negatively affect the potential success of its education system and students.

For 90 minutes each week, students of all ages can attend free one-on-one tutoring sessions with volunteers at the Montopolis Recreation Center.

“We’re thinking outside the box of what we can do,” Sifuentes said. “One of the things I tell the service learning volunteers when they come in is, ‘I want you to bring some of your experience here — in how you learned, in what you struggled with and what makes you what you are.’”

Sifuentes said student success is largely dependent on the relationship each one develops with his/her tutor. The one-on-one tutoring model resembles the relationship he had with his older siblings during their childhood in the Montopolis area.

“Having my older siblings as role models influenced me to do well academically, to go to college,” Sifuentes said. “It wasn’t so much, ‘Are you going to college?’ It was, ‘What college are you going to?’”

Rocio Lara, a mother of two daughters in the program, has been involved with Outside the Box since the beginning. She said she appreciates the way the program establishes the tutors as good examples for her children.

“I appreciate the UT tutors coming to us because it is their time, and they are sharing it with us,” Lara said. “I say to my daughters, ‘They are coming to you even though they don’t have to, and when you are older, you need to work with the community, too.’ They see that [their tutors] are good people, and they know when they grow that they can become people like them.”

Education junior Brittany Romero said, as a tutor, she enjoys watching one of her students grow more comfortable communicating his feelings to her.

“[My student] tells me now more about what he feels uncomfortable with in terms of his schoolwork,” Romero said. “He’s much less timid with me now. With his reading, he would skip lines a lot, so I made him make himself a bookmark with his name on it to follow along the lines.”

One of Sifuentes’ former students now volunteers with him as a tutor at Outside the Box. Sifuentes said he enjoys working alongside his former student and hopes to one day see his current students, such as Lara’s daughter Jessica, achieve similar levels of academic success.

“One of the visions I have for my students, like Jessica, who’s five years from graduating, is that one day I’ll walk into a class at UT to talk about Outside the Box, and she’s there,” Sifuentes said. “I can see that, and I can’t wait for that to happen.”