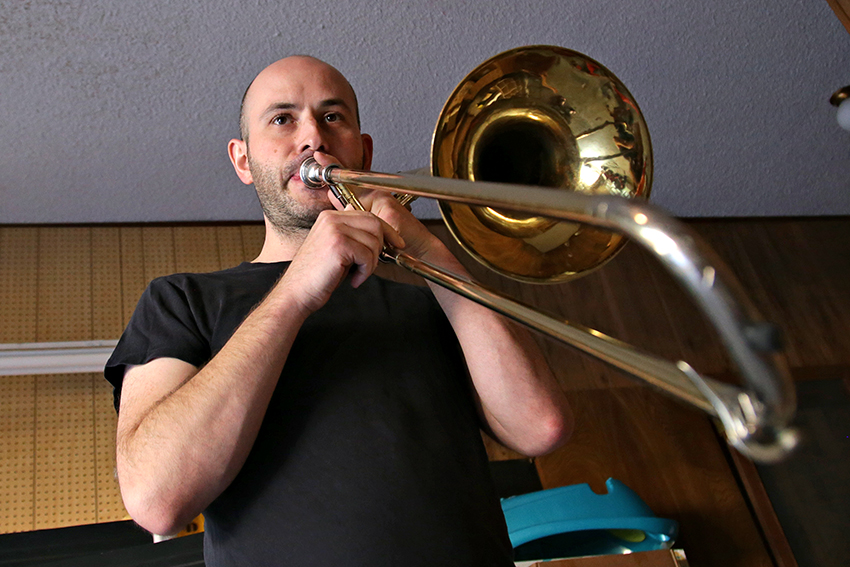 On a spring night last year, Ignaz Schick, a turntablist from Berlin, and Michael Zerang, a percussionist from Chicago, took to the stage in one of the hippest boroughs of Germany’s capital. Before diving into their set, the unlikely duo took a moment to thank the man who facilitated their meeting in Austin just months earlier.

That man is Chris Cogburn, a musician, curator and organizer of No Idea Festival, an annual festival showcasing improvised music. Cogburn draws from an extensive network of musicians to craft ensembles specifically for the festival, introducing musicians who often meet only moments before beginning an improvised set on stage.

Cogburn pairs musicians in the hopes that the friendships and collaborations will continue into the future, as was the case with Zerang and Schick, who performed alongside a trumpet player from Beirut and a double bass player from Mexico City at last year’s festival.

“It was, for me, the best set of the festival,” Cogburn said. “You have a group of people who have never played together as an ensemble, and, from beginning to end, it was just masterful improvisation. Which is to say, everybody was able to play their music, everybody was really listening. It was amazing.”

Now in its 13th iteration, this year’s No Idea Festival will run from Thursday to Sunday in Austin at a variety of venues, including the Museum of Human Achievement and the Blanton Museum of Art. The festival will also move to Houston for one day on Monday. Cogburn said his hopes of joining the fledgling experimental music scenes in Austin and Houston provided the impetus for starting the festival.

“At the time, I was going back and forth [between Austin and Houston] a lot trying to play as much as I could, and there wasn’t a lot going on,” Cogburn said. “I did the festival in June of 2003 as a way to bring those two scenes together to try to initiate a collaborative spirit or exchange between the two cities.”

That year’s lineup was made up of roughly 16 artists from Houston and Austin, but the festival quickly grew internationally soon after. Out of 20 musicians playing this year’s festival, eight live outside of the United States.

Steve Parker, a UT alumnus, trombonist and three-time returning performer at No Idea Festival, said the opportunity to meet new musicians is the primary appeal of the festival.

“You just start to settle into ruts when you play with people you’re more familiar with,” Parker said. “Whereas with No Idea, you don’t really know what to expect until you start. I think it’s definitely more exciting. It also forges new artistic relationships, social relationships. So I think it’s a great catalyst for creating new work.”

Damon Smith, a Houston-based double bass player in his fifth year with No Idea, said the different pairings every year make each festival unique.

“Especially when you have this level, where everyone is somebody who uses improvisation seriously in their work, it’s all pretty high-level musicians,” Smith said. “Once you play together, you find the music that only exists between you two or you three.”

At each No Idea Festival, new collaborations emerge, and old friendships are rekindled.

Cogburn said he hopes the festival continues to serve its purpose of connecting musicians.

“I don’t want to just present great music,” Cogburn said. “That’s not the festival. The festival is collaborative with a purpose. The camaraderie is pretty special. I hope to keep that energy and process alive, because ultimately that’s what the festival is.”

Event name: No Idea Festival
Where: Variety of venues (Check www.noideafestival.com for this year’s info)
When: Thursday to Sunday
Admission: Ranging from free – $20 based on venue