Triple 9 suffers due to its narrative weakness, despite all-star cast 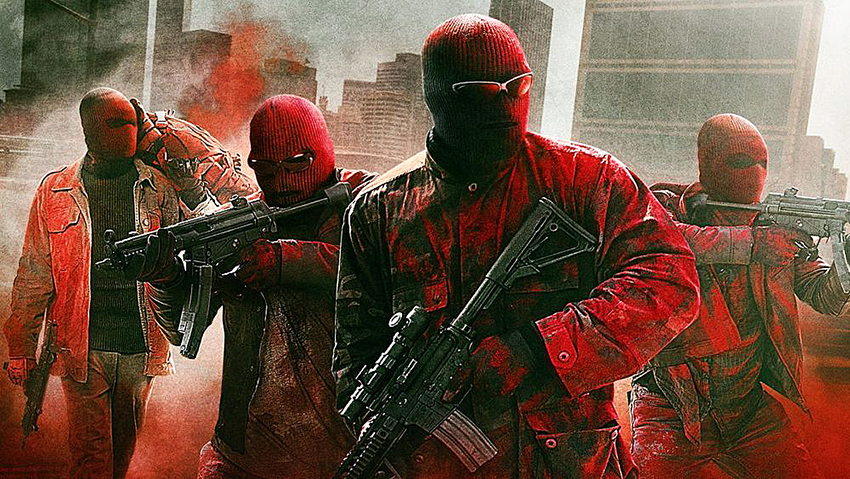 The mark of a great crime drama is its ability to persist in the minds of moviegoers. “Triple 9,” in this respect, falls short of greatness.

In this feature written by UT alumnus Matt Cook, a band of criminals and like-minded cops are coerced into executing a difficult heist. Their turmoil with the Russian mafia leads them to plot the murder of one of their own (Casey Affleck), hoping to use the crime’s status as a 999 incident, in which all police arrive at the scene, to commit their heist without cop interference. The complex processes of development and execution serve as catalysts for blackmail, crime and betrayal, and the action-packed sequences that follow saturate the film with the momentum audiences crave.

From the outset, “Triple 9” has the workings of a truly remarkable film. Led by an all-star cast that includes Chiwetel Ejiofor, Anthony Mackie and Aaron Paul, the film seizes the opportunity to capitalize on its performances, suffusing characters with a significant amount of dialogue that drives each scene. The stellar performances delivered by Kate Winslet and Woody Harrelson are indicative of Cook’s quest for excellence, dominating the story and captivating viewers over the film’s two-hour duration. Editor Dylan Tichenor stands victorious in constructing “Triple 9’s” swift pace, and Oscar winner Atticus Ross triumphs in contributing to its pulsating score.

However, as commendable the film’s cast and crew may be, its incompetent narrative fails to redeem it from mediocrity. The strength, vigor and vibrancy of each performance fails to reverberate in the film’s screenplay, providing an experience that prioritizes style over substance. At its core lies a lack of substantive dialogue, which, in a film largely dependent on it, causes the film to fall short. Combined with its off-beat humor, insignificant melodrama and underwhelming tension, the screenplay culminates in forgettable sequences that permeate a film designed to be monumental.

The absence of significant character development in “Triple 9” forces viewers to observe, rather than embrace, moments of shock and surprise. Characters intended to be likable or relatable seem distant from the start, creating a viewership that is largely observant rather than engaged in the material. With its barrage of clichés and ethnic/racial tropes, the film loses its flair and purported originality, giving way to typical cinematic conventions that give way to mediocrity. The thrill of simulated violence falls flat under the weight of its ultimately weak narrative, disappointing moviegoers who want to be thrilled from start to finish.

Nonetheless, “Triple 9”’s well-executed sequences, though few and far between, draw considerable appreciation from moviegoers. The film’s fast-paced, visually-rich opening is worth noting for its compelling delivery. Its climactic heist, likewise, serves as redemption from the plague of dull dialogue. Noteworthy scenes like these, however, fail to compensate for the monotony that pervades much of the film. Though infused with a few thrilling sequences, its inability to maintain interest makes it a tough pill to swallow for fans of classic crime dramas. If seeking an evening at the movie theater, it would be best to invest in a more worthwhile experience.