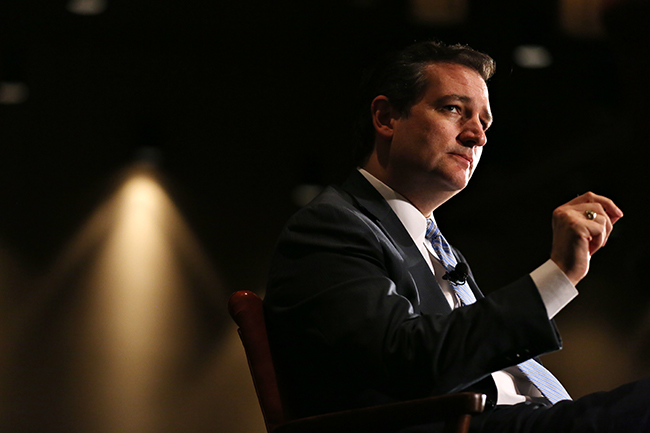 “Unlike far too many in Washington, the Ted Cruz we’ve seen in the Senate is the same Ted Cruz we elected,” Abbott said in a video released Wednesday. “Conservative values are at his core.”

The endorsement comes less than a week before Super Tuesday, the day the greatest number of states, including Texas, hold their primaries.

Although expected due to their history of working together at the state level, Abbott’s endorsement does give Cruz a leg up on the rest of the field, said Robert Guerra, finance junior and College Republicans communications director.

“Getting Governor Abbott’s endorsement going into Super Tuesday is huge,” Guerra said. “Since Texas has more delegates up for grabs than any of the other primaries on Tuesday, that is definitely not something to be taken lightly.”

Ashley Alcantara, director of the nonpartisan Student Government agency Hook the Vote, said the endorsement might not have an effect on the overall student voter turnout on campus.

“On campus a lot more students vote in the democratic primary, so it might not play that large of a role for the majority turnout on campus,” said Alcantara, an international relations senior. “It might influence Republican student voters though, especially if they value his endorsement highly.”

The fact that Cruz has secured a gubernatorial endorsement alone is significant, Guerra said.

“Very few Republican governors have chosen to endorse any candidates,” Guerra said. “So the fact that Ted Cruz even has a governor endorsing him is huge … [especially] since Texas is the largest red state in the country.”