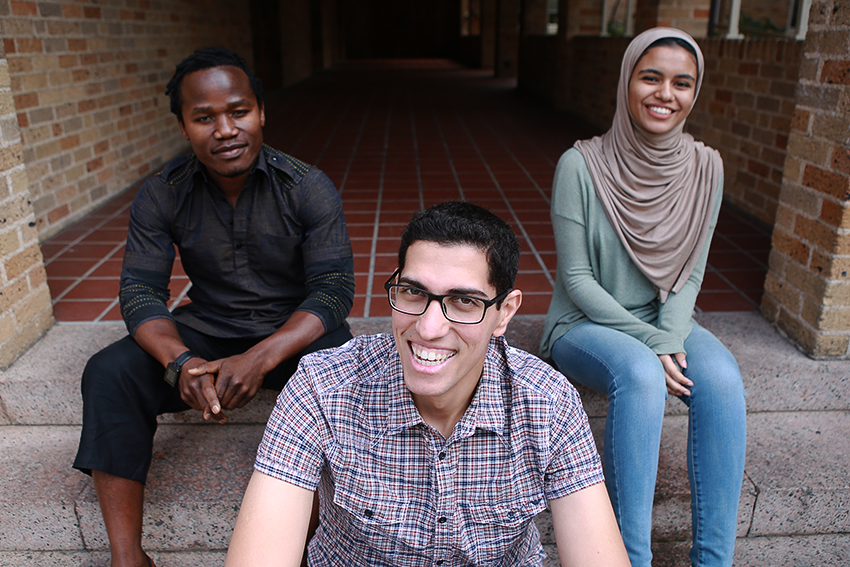 In a country where the language is unfamiliar, smart phones become the closest thing to a best friend for international students.

The ESL program, offered through the International Office, assists international students learning English as a second language so they can continue their education in the United States. Each student goes through a series of tests that decide the level needed to enter either the general English or academic English program.

ESL student Pascal Keronga moved to the U.S. in 2014 with an economic science degree from the Democratic Republic of Congo. When he arrived in Austin hoping to pursue a master’s degree, Keronga said he used Google Translate to communicate with the people around him, a difficult but
manageable task.

“Where there’s a challenge, there’s an opportunity,” Keronga said. “When challenges grow, opportunities grow as well.”

From the moment they apply online until they reach the U.S., ESL students are faced with many challenges, from filling out forms to finding a ride to their new home.

28-year-old Abdullah Almudyfir came to the U.S. in 2015 after graduating with a business administration degree from Saudi Arabia. Almudyfir said after finishing the ESL program, he plans to get a master’s degree and start his own company back home, where he can share everything he learned and experienced with his family and friends.

“I came to Austin very late, and I didn’t have a place to stay and did not know anybody,” Almudyfir said. “However, the staff in ESL helped me a lot. They became like a family to me.”

Shaikha Al Harthy, an 18-year-old high school graduate from Oman, was granted a chemical engineering scholarship by her government. Although she won’t start classes here until the fall semester, she said she decided to enroll in ESL courses in the meantime. Al Harthy said she lived in Houston for four years as a kid, but it wasn’t long enough for her to gain a higher degree. She said she learned the language and other things she wasn’t used to doing such as cooking and cleaning.

“When I started taking classes in the ESL, I realized how much I didn’t know when it came to English,” Al Harthy said.

The three students said they matured and became responsible after moving to a different country on their own. However, they said a huge part of the transition process was thanks to ESL staff, who acted like family to them.

Priscilla Lee, a senior office assistant in the international office, said it is exciting to be part of the students’ journey.

“All the students who come through our program are wonderful and hardworking,” Lee said. “I always ask students if they were scared when they first arrived in the U.S. — if they got homesick. They always say ‘of course,’ but in the end, they know they came here for more than just their temporary happiness.”

Keronga said ESL has helped him stretch himself as a person and try new things.

“Because of [ESL], I discovered my ability to live in a different environment with a lot of awesome people,” Keronga said.