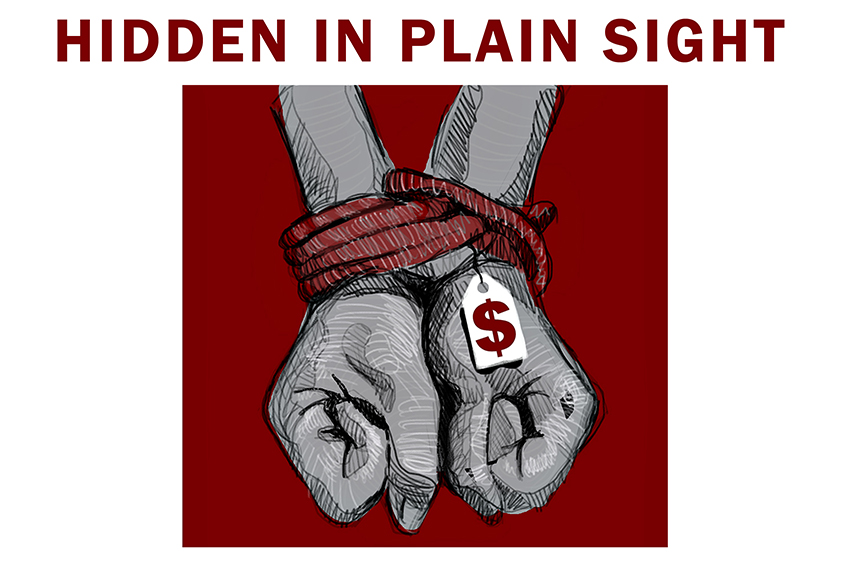 When big festivals like Austin City Limits or South By Southwest pass through Austin, they bring with them big business ­— from tourism to human trafficking.

“We often think about it as being kidnapped, being snatched off the street, and their mobility is restricted and there are locks, bars, chains and sometimes that is the case, but more often [it’s] force, fraud and coercion,” social work lecturer Laurie Heffron said.

Human trafficking, the act of exploiting another human for sexual or economic gain by force, fraud or coercion, is the fastest growing crime in the world. According to a 2012 report from the United Nations crime-fighting office, 2.4 million people are regularly falling victim to human sex trafficking.

Victims fall into trafficking, or modern slavery, several different ways. Heffron, whose research focuses on human trafficking, said some individuals are approached and recruited in their hometown, others get involved after hiring a smuggler to assist them in illegally immigrating to the United States.

Many of the survivors the Austin Police Department comes into contact with are juveniles, most of whom have run away from home or were drawn out over the internet. APD Sgt. Bob Miljenovich, head of the Human Trafficking Vice Unit, said it’s become more common for traffickers to recruit and exploit their victims online. Once pimps or traffickers come into contact with the victim, they coerce them into complying and deliver them to clients for just a night.

Trafficking can occur in ominous abandoned manufacturing plants or inconspicuous bars or massage parlors with secret back rooms. To remain relatively mobile and avoid law enforcement, Heffron said some traffickers operate out of houses or apartments, known as residential brothels.

The fraud and coercion components are often stronger than brute force when it comes to trafficking. Traffickers often use threats of violence, or deportation for unauthorized immigrants, to create a climate of fear, coercing the victim into complying.

“Similar to the way we might think about domestic violence, and how a lot of times it’s just power and control that one party wields over the other, that is really very powerful,” Heffron said. “They don’t always have to resort to physical or sexual violence.”

Because they often go unnoticed, Miljenovich said it’s important to recognize the signs that someone may be a trafficking victim.

“You’re looking for somebody who’s obviously under the control of somebody else,” Miljenovich said. “[It’s typically] somebody who’s fearful, who obviously isn’t able to make their own decisions. Someone else might control their money or their identifying information. They might make very simple decisions for them — when they go to the bathroom, when they eat, when they sleep.”

While Miljenovich said there’s been an increase in public awareness, there needs to be an increase in community involvement in order to eradicate human trafficking.

“People think human trafficking is a law enforcement problem,” Miljenovich said. “It’s really a community problem. We need people on the lookout. We need people to be willing to report it or use the National Human Trafficking hotline if it looks like people might be getting exploited. We need support.”