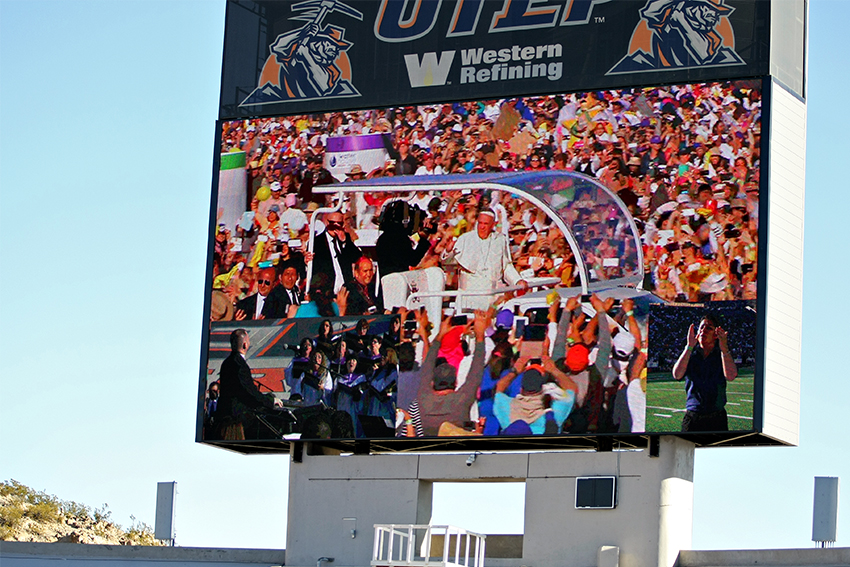 The spread of the Zika virus has become a stage for discussing a myriad of larger world issues, from global warming to the Olympics. Now, religion and contraception have entered the conversation.

While returning to Rome from his trip to Mexico, Pope Francis commented that, unlike abortion, using birth control as a way of avoiding pregnancy when faced with extreme circumstances is not an absolute evil. While the Catholic Church’s general stance on birth control hasn’t changed, this statement should encourage predominantly Catholic Latin American governments to provide more healthcare options for pregnant women. The benefits they provide would outlast even the effects of Zika.

Zika has been strongly associated with a severe birth defect called microcephaly. The condition causes the underdevelopment of the brain and skull, resulting in significantly reduced head size and potential cognitive impairment. Brazil alone has reported that its affected babies number in the thousands.

The fact that Zika affects unborn children raises all kinds of moral and religious complications. In a very Catholic area of the world, the Church’s teachings on reproductive health have more of an impact on policy than less religiously affiliated countries like the United States.

“For women who don’t have as strong of a belief, their use or non-use [of contraception] is not going to be impacted by the Pope’s directive,” Jessica Cance, assistant professor in the Department of Kinesiology and Health Education, said. “Where this is really going to potentially make an influence is for the women who still see the Pope as a spiritual advisor and leader.”

When the Pope spoke out on the Zika situation his comments stayed in line with traditional Church teaching that both artificial contraception and abortion are, to put it lightly, a bad thing. In fact, some say that his sound bite offered his strongest condemnation of abortion yet.

Francis did, however, make clear that the Zika crisis qualifies as an exceptional circumstance that mitigates the usually condemned use of contraceptives. In his commentary he paralleled the situation of Zika-threatened women with that of Belgian nuns in the 1960s. The church permitted them to use contraception when war put them at risk of rape. This comparison should make it easier to garner widespread support for contraception availability, putting women at ease with their spiritual and physical well-being.

“In this case, it’s ‘I am trying to figure out what is best for my family and my soul,’” Cance said. “I think that that is actually where the choice has been for women, and we have seen such little contraception use. So the hope is with the Pope changing his stance, that that decision might be made easier for women.”

Right now the prevailing advice for women concerned about Zika-related birth defects is disturbingly underwhelming: wait up to two years before getting pregnant. Considering that an estimated 56 percent of pregnancies in the region are unplanned, asking women to wait is like asking dice to roll an even number — there’s not much anyone can do to control it. Advice that instructs women to make a conscious decision about their pregnancy does not make sense unless they are willing and able to access contraception.

The Pope lends a powerful voice to women looking for spiritual guidance regarding these issues. His openness to birth control, no matter how slight or circumstantial, should act as a catalyst for Latin American governments to support increased access to contraceptives.

Hallas is a Plan II freshman from Allen.