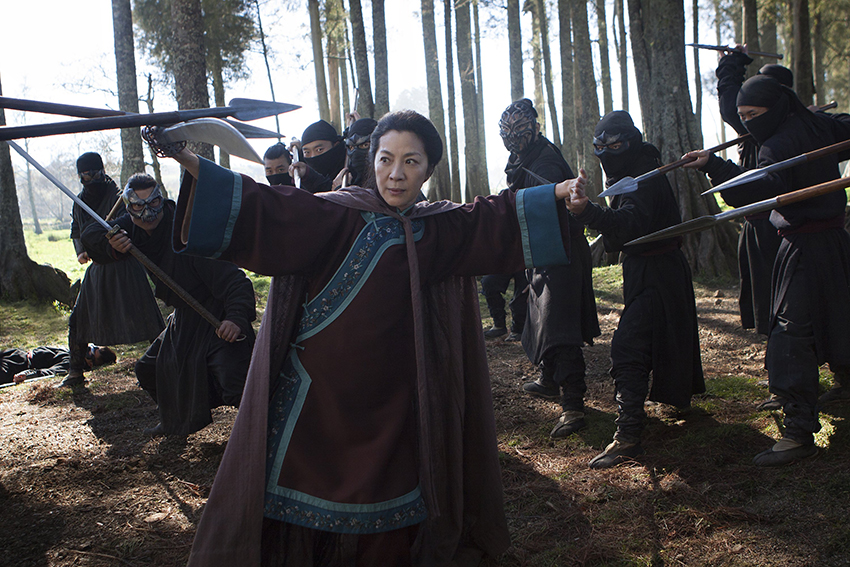 A seamless blend of style and substance saturated Ang Lee’s “Crouching Tiger, Hidden Dragon” in 2000. The film’s sequel, “Sword of Destiny,” simmers in visual ambition alone, never developing enough of a plot to save it from cinematic weakness.

In “Crouching Tiger, Hidden Dragon: Sword of Destiny,” director Woo-Ping Yuen immerses viewers in colorful chaos. The martial arts drama showcases a group of Chinese warriors who fight to protect “The Green Destiny,” a 400-year-old sword with as much power as its name suggests. In the course of an hour and a half, their strength and vigor determine the fate of the sword they hold most dear, providing viewers with insight to the power of honor and sacrifice. The characters’ prowess, ambition and propensity for virtue dictate the tone and pace of the film, enthralling viewers in much the same way as a montage of engaging images.

From an aesthetic standpoint, “Sword of Destiny” is a success, treating viewers to beautiful sweeping images. Newton Thomas Sigel’s ambitious cinematography is a hallmark of the film, standing on par with its thrilling martial artistry and stunning production design. The costumes that define each character, likewise, convey an artistic excellence grounded in physical beauty. Combined with its swift editing and unconventional technical decisions, “Sword of Destiny” is replete with precious sights, functioning as eye candy for martial art enthusiasts and cinephiles alike.

Gorgeous as the film’s visual elements may be, they fail to compensate for its ultimately lackluster screenplay. The narrative excellence that characterized “Crouching Tiger, Hidden Dragon” fails to find ground in “Sword of Destiny,” fostering a moviegoing experience that is as stylish as it is forgettable. Screenwriter John Fusco’s reliance on cliché characters and scenes turn his promising feature into a problematic parade of color and chaos. Michelle Yeoh and Harry Shum, Jr., typically solid actors, fall victim to Fusco’s lack of substance, portraying characters that fail to forge connections with viewers. Where character development and narrative complexity ought to emerge, visual splendor reigns, weakening the martial arts epic by shying away from narrative development.

Though the film’s tone gives the appearance of a martial arts epic, its promised grandeur fails to be constructed on screen. The lack of substantive dialogue ­­­­­— combined with Yuen’s sole focus on aesthetics — forges inauthentic performances left to drive the narrative. The unbelievable characters leave a stain on an otherwise visually intriguing film, causing viewers to cringe in moments of suspense or grow restless during “comedic” breaks that are virtually unnecessary. The time and effort necessary to construct meaningful characters in a strong narrative seems to be allotted to keeping the film visually compelling instead. In the end, Yuen’s attempt to tell a story falls flat.

“Sword of Destiny”’s visual spectacle and majestic martial artistry fail to compensate for its simple narrative. However exciting the array of choreographed sequences and engaging cinematography may be, they are diminished by the film’s inability to develop and sustain a commendable story. The excitement and wonder that permeated “Crouching Tiger, Hidden Dragon” — and made it one of cinema’s finest martial arts pieces — remains absent from its sequel, which falls victim to an excess of style in place of substance.