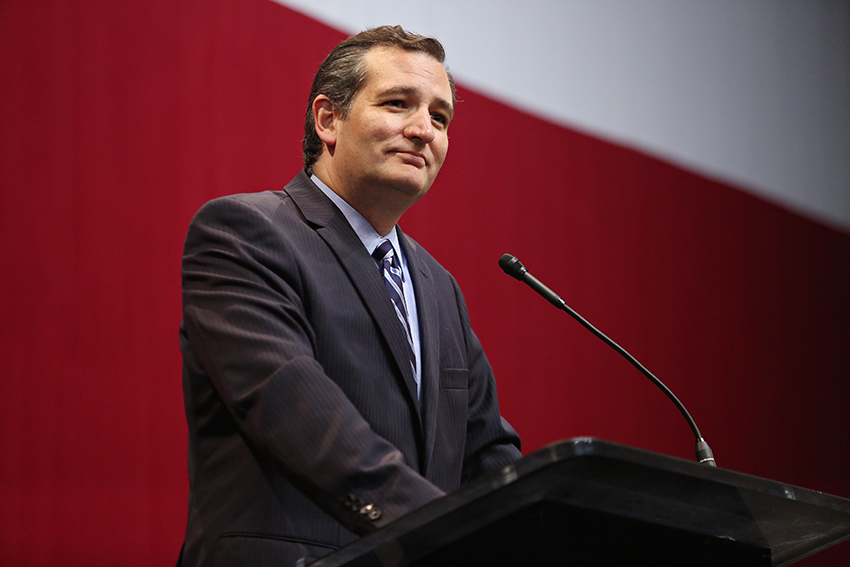 Former Secretary of State Hillary Clinton for the Democratic Party and U.S. Sen. Ted Cruz are the predicted winners for today’s primary election in Texas, according to one poll published in the Texas Tribune last week.

The Texas Politics Project is a UT-based organization in the College of Liberal Arts. The poll surveyed 1,200 people in Texas in an effort to predict the winner of Texas’ primary election.

“It’s been interesting to track these evaluations and perspectives over time,” said Daron Shaw, government professor and co-director of the poll. “We go into a survey before the Texas primary. You know going in, people are going to be interested in the elections. I would suggest Hillary’s lead is stronger than it was [two weeks ago]. We might have been right on Cruz.”

“I feel that Hillary Clinton will probably win the Democratic primary, and Ted Cruz will win the Republican primary,” English sophomore Elias Thompson said. “There’s still a lot more to the election. Texas is a big state to win, and I feel like that can give whichever candidate wins Texas a lot of momentum. It’s still an ongoing race.”

The poll was conducted between Feb. 12 and Feb. 19, when experts thought that Clinton and Cruz were more likely to win the Texas primary.

“Events are happening on a weekly, if not daily, basis [in this election cyle],” Joshua Blank, manager of polling and research for the Texas Politics Project, said in an email.

Blank said he expects U.S. Sen. Marco Rubio to perform better than the poll predicted since former Florida Gov. Jeb Bush dropped out of the race. Both Trump and Clinton could also surpass expectations after racking up a few more wins, Blank said.

The Texas Politics Project was created after Shaw and his co-director James Henson noticed there was not a comprehensive, consistent non-partisan poll for Texas.

“[Polls] might be important because if the candidate you want to win is not doing too well, it might encourage you to vote,” international business senior Ashley Brown said.

Polls give citizens and candidates greater insight to the political process and where the public mood rests, according to Blank.

“I think that consistent non-partisan polling provides citizens with the context for the actions and expressed intentions of elected officials and people running for elective office,” Blank said in an email. “In that sense, it helps citizens to be more informed about the ‘why’ of politics. At the same time, good non-partisan polling gives elected officials a measurement of what their constituents think is important, and how they feel about potential policy proposals. It’s an additional feedback beyond Election Day.”