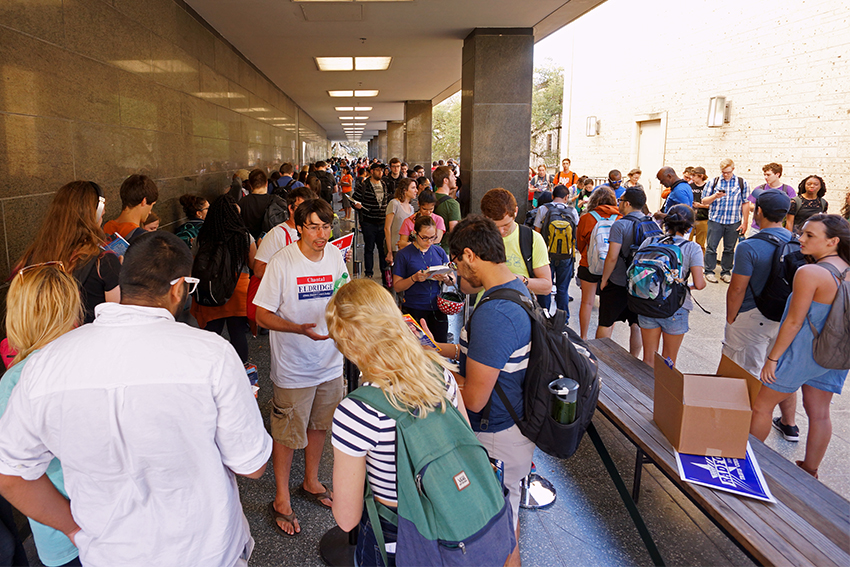 Results for state and local elections and the national primaries were announced Tuesday night after citizens cast their votes on election day and early voting last week.

Gina Hinojosa, an Austin Independent School District board member, won the election for the House District 49 race — the district that represents the UT campus and West Campus areas. There were seven candidates in the race, including UT law professor Heather Way and UT alumnus Huey Rey Fischer. Due to the large number of candidates in the race, a runoff election was expected but will not happen as Hinojosa won more than 55 percent of the district’s votes. Since no Republicans entered the race, Hinojosa will be the next representative for HD 49.

Senator Ted Cruz (R-TX) won the Texas primary for the Republicans and received 57 out of the 155 Texas delegates available, as of press time. Entrepreneur Donald Trump came in second when he received 27 percent of Texas votes, compared to Cruz’s 44 percent. Cruz also won Oklahoma.

Voters will head to the poll on Nov. 8 for all Travis county elections where nominees were secured and for the presidential elections.