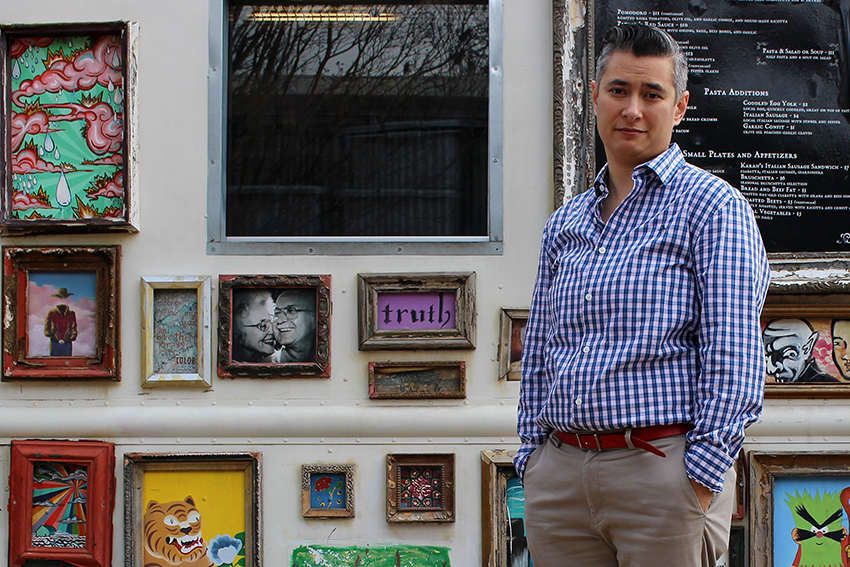 At Generic Ensemble Company’s adaptation of a Gilbert and Sullivan classic, “The Mikado: Reclaimed,” audience members surround the stage in a tight semicircle — just a few feet from the palpable force of the actors’ bodies.

GenEnCo performs shows that are distinct for their color-conscious casting, jarring physicality and awareness of social issues. Actors often dash across stage or grab at one another, practicing exaggerated motions that come from several schools of technical theater.

Alumna kt shorb, the founder and director of GenEnCo’s performances, became interested in theater while conducting her graduate research at UT.

“I was studying representations of race and gender in mostly television but also film, and I kind of realized that, at the time, 2005, there was very little representation of Asian-Americans specifically or of people of color,” shorb said. “So I decided to create a performance piece based on that.”

Since its inception in 2009, GenEnCo has staged, among other shows, a version of “Waiting for Godot” and a retelling of “Robin Hood” that examines violence against African-Americans. “The Mikado: Reclaimed” is a riff on the famous “The Mikado” opera that challenges its use of “yellowface,” the practice of casting white actors as Asian characters, by casting almost entirely Asian-Americans.

The company’s earlier works aimed to provide a space for queer actors and actors of color who might not have found recognition in typical casting calls. As a queer person of color, shorb said she sometimes found it difficult to audition for traditional roles.

“Whenever I would show up to auditions, even if it was for an all-female cast or a kind of different situation, oftentimes the casting people would look at me and not know what to do,” shorb said.

GenEnCo’s original goal was to give queer performers and performers of color a place to practice, perform and improve as actors.

“Because mostly queer people of color were in the show, people would show up and think it was about that, when actually my whole goal from the beginning — which is why I call it the Generic Ensemble Company — was to create a world that seems completely normal and just let people watch it,” shorb said. “Creative training is usually a little bit elitist and a little bit inaccessible. My company really works to broaden who fits under the rubric of maker or artist.”

But as GenEnCo developed, a cast mostly comprised of queer people of color has made it possible to engage with larger societal issues such as racism or “yellowface.”

Madilynn Garcia leads post-show discussions at the VORTEX Repertory Company, where many of GenEnCo’s productions are staged. Garcia said she finds the most meaningful part of shorb’s productions to be the discussions they create and the questions they urge viewers to ask themselves, especially about their preconceived ideas of race.

“[The shows] ask the audience to also think about, ‘What do I think of the bodies on stage?’ and to keep investigating those and ideas and conflicts and histories,” Garcia said. “I think it’s a step above because of that.”

Though GenEnCo’s performances swing between the traditional and the uncommon, shorb said her main concern is that audience members find some connection with the characters they see on stage.

“My first audience members really are the people who are looking, who really haven’t seen themselves,” shorb said. “And [they] can see themselves in what I’m trying to do.”