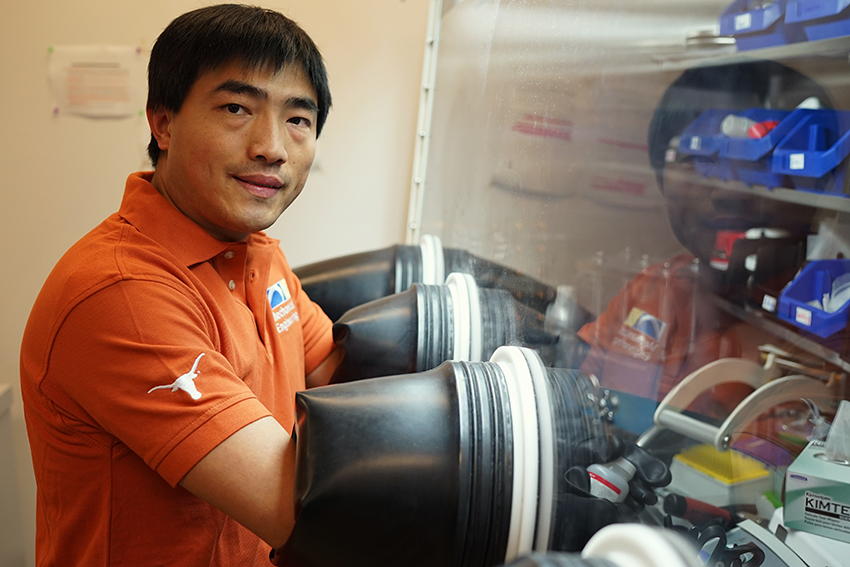 Four UT professors won $55,000 each as part of a fellowship to further their research in engineering and natural sciences.

The Alfred P. Sloan Foundation announced the professors as fellowship recipients last month, along with 122 other winners from research universities in the United States and Canada. The yearly fellowship, which received 600 nominations, encourages research by early-career engineers, scientists and scholars of outstanding promise.

Alan Reid, chair of the Department of Mathematics, said the Sloan fellowships recognize the high caliber of University faculty.

“We’re fortunate that we’ve been able to recruit these fantastically talented young people,” Reid said. “We’ve had other people hold Sloans recently in the assistant professor’s rank and that’s the kind of quality of people that we are recruiting.”

The Sloan Research Fellows will have two years to support their research with the award. Past fellows have been acknowledged for their research after winning the award — 43 have received Nobel Prizes in their fields, 16 have won the Fields Medal in mathematics and 68 have received the National Medal of Science.

Baker, a Marine Science assistant professor, said he was excited to see his hard work pay off.

“I got [a formal] email and was thrilled because I know [the fellowship] is competitive and prestigious,” Baker said in an email.

Baker uses DNA methods to research how life on earth evolved. His work focuses on uncovering the differences between marine microorganisms, their physiology and their roles in the ecology of our oceans and estuaries.

Danciger, mathematics assistant professor, said he hopes his work will contribute to a deeper understanding of fundamental questions in geometry and topology and more generally to the base of foundational mathematics, which is used in innovations in science and engineering.

Delia Milliron, chemical engineering associate professor, researches and works on developing electronic and optical materials and devices based on the chemistry of inorganic nanocrystals. The main application for the Milliron group’s research is smart windows that control the light and heat coming through the glass on demand.

“It’s great to be recognized for what we’ve been doing and the potential for even more impact with this class of materials that we’ve been developing,” Milliron said. “It’s relatively flexible funding so you can use it to chase a new idea.”