University encourages students to network on campus to avoid extremism 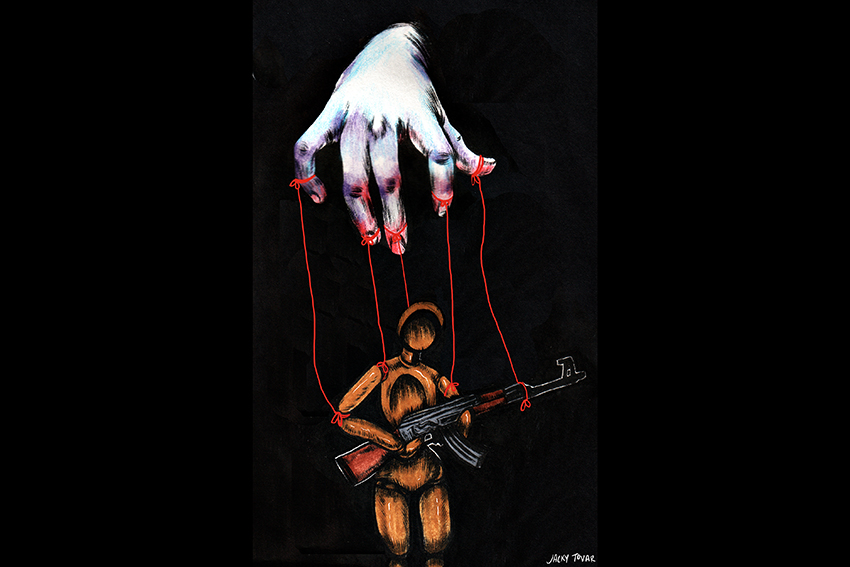 Groups of violent extremists attempt to recruit teenagers and young adults who show signs of vulnerability, according to an interactive FBI website shared by the University of Texas Police Department on Facebook.

While violent extremism is not an imminent threat to UT, Lt. Charles Bonnet with the UTPD Criminal Investigations and Intelligence Unit said the age range between late teens and early twenties is the most likely age range to be targeted by groups because people of these ages are in an exploratory phase of life.

“People are prone to being lured into violent extremism if they feel disconnected from their community,” Bonnet said. “The gist of the [website] is to build a sense of community, which helps with violent extremism and every other type of crime as well.”

The website, is part of an FBI awareness program and explains pertinent information about violent extremism through videos, quizzes and explanatory passages.

According to the website, violent extremism is “encouraging, condoning, justifying, or supporting the commission of a violent act to achieve political, ideological, religious, social or economic goals.” The website mentions hate crimes and criminal offenses motivated by prejudice are included in this category of violence.

The diverse goals and beliefs of each group makes anyone a potential target, according to the website.  Extremists can recruit new members through social media, cell phone, or in person.

“The best weapons against violent extremists and their efforts to recruit are empowered young people like you and communities that welcome and support everyone, especially the most vulnerable,” Comey said in a transcript on the official FBI website.

With approximately 1,100 organizations, Bubrig said students have multiple ways to get involved and avoid potentially dangerous feelings such as loneliness and isolation.

“Being connected builds a support network for the individual,” Bubrig said. “The more that people are engaged with each other, the more you can see when problems and challenges arise.

Bubrig said students seeking additional support are encouraged to contact Student Emergency Services, in the Office of the Dean of Students. He said the department’s goal is to create a comfortable atmosphere for students, which helps them avoid being manipulated by extremist groups.

International business junior Zeneida Ramirez said she “liked” UTPD’s post on Facebook about the website and thinks it is important to be educated about violent extremism, even though she said she does not worry about being a target.

“I think the University should encourage students to be inclusive,” Ramirez said. “I think despite what the media portrays, we shouldn’t stereotype anyone.”