Disconnect between political parties, their supporters reaching a tipping point 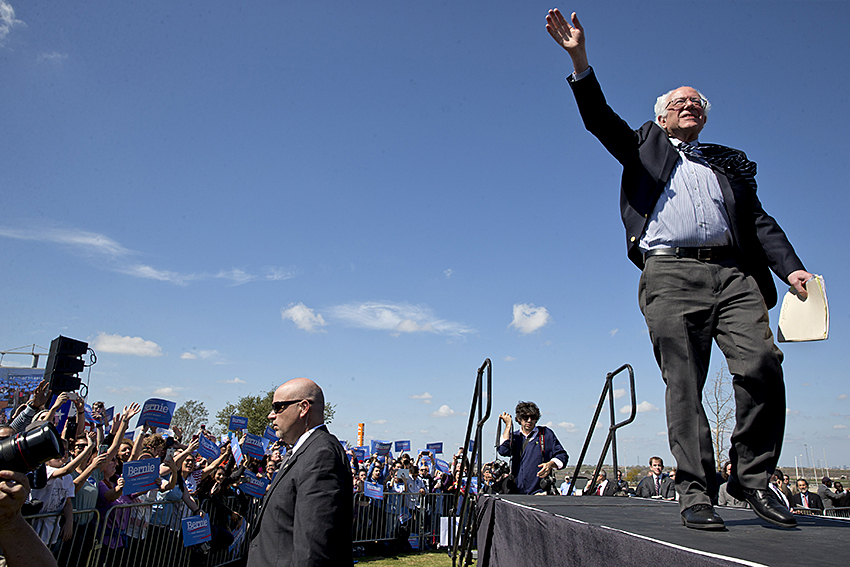 The pundits have hailed it as the year of the outsider. Prognosticators and other soothsayers have predicted doom for this country’s major parties. Sen. Bernie Sanders (I-Vermont), who still represents his state in Congress as an independent, has made a splash in the Democratic primaries for president. Donald Trump appears to be the probable Republican nominee, despite having only cursory experience in the party.

Why? I tend to think it’s because these men appeal to their respective party’s base in a way that the party “elites” and “establishment,” whatever those are, do not — Sanders to the socialists and Trump to the racists.

Any literate person should be able to ascertain from platforms and policy prescriptions that the Democratic Party is not socialistic. It is capitalistic. Its representatives in political office advocate for businesses and industry. While they support more regulation than the Republicans, the two parties are in basic agreement on the economic system that this country should support.

The parties are in agreement, but the voters are not. Recent polls have shown roughly half of Democrats are self-avowed socialists, and — according to other findings — among Democratic voters 45 and under, a similar number find socialism more favorable than capitalism.

Sanders obviously isn’t a European-style socialist. He doesn’t want to nationalize industries or tinker with the means of production. But the implications of his policies are frightening nonetheless. In a system where the officeholders, not just the voters, romanticize a failed economic model and denigrate the free market, problems will be sure to follow.

And then there are the Republicans. I honestly do not think anything about conservatism is intrinsically tied to racism, prejudice or xenophobia. That being said, the two have been correlated pretty strongly for a few generations.

Past Republicans presidents, be them Nixon, Reagan or Bush, have shamefully pandered to bigots using dog whistles and coded language. Trump just uses a megaphone. As Paul Krugman at The New York Times has repeatedly pointed out, many of these voters, who are disproportionately living in the old Confederacy, probably aren’t too concerned with eliminating the estate tax.

These aforementioned voters want to ban Muslims from entering the United States and they want to close down mosques. Many think the aforementioned Confederates should have won the Civil War. Perhaps most shamefully, one in five Trump voters in a recent poll voiced their opposition to the Emancipation Proclamation. That was the document that banned slavery, for the record.

A lot of ink has been spilled on the perceived extremism of the two parties. Make no mistake, lots of people on the right already find the Democrats to be socialistic or even Marxist. Lots of people on the left already call the Republicans openly racist. To some extent, I am sympathetic to that argument.

But if people like Sanders or Trump win the nomination of their respective parties, it will get worse. The ugliest portions of the two parties have been rightly ignored in the recent past by officeholders and influence-peddlers. That all could change this year. I hope it doesn’t.

Horwitz is a goverment senior from Houston. Horwitz is a senior columnist. Follow him on Twitter @NmHorwitz.