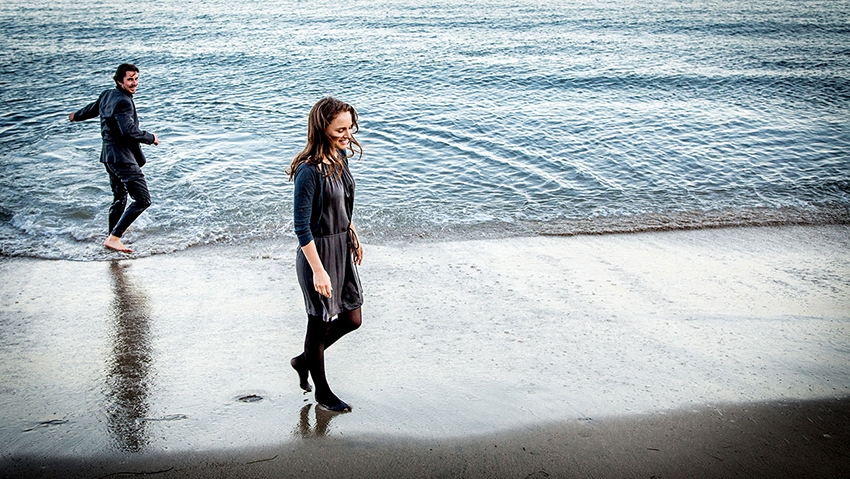 This month, Terrence Malick’s latest film, “Knight of Cups,” will receive nationwide distribution and mark his first release since 2012. Despite its 2016 release date, the film spent several years in pre-production, faced simultaneous production with “Weightless” — Malick’s next project — and endured two years of post-production before premiering at the Berlin International Film Festival last year. This week, The Daily Texan sat in on a conference call with ten university newspapers and three of the film’s producers — Nicolas Gonda, Sarah Green and Ken Kao — to gauge the producers’ thoughts on their latest venture.

Beyond the Graphite: What were some interesting surprises you encountered while making this film?

Sarah Green: A thunderstorm on a day we were counting on natural light. Those will throw you for a loop and you have to think about ways to protect the actors and the camera while living with what the day is giving you, because you only have so many days [in which to shoot]. That comes up on every set. It’s kind of a given.

Emerson College News: Why did you decide to produce this film?

SG: For me, every time I start to wrap myself in one of Terry’s ideas and work through the process of making the film, I can’t help but relate it to my own life, and I start looking at where the meaning in my life is. That’s one of the exciting things about Terry’s films — that they speak to a multitude of people … and encourage you to look inside. I find that very exciting.

ECN: What is your style of producing when working with Terrence Malick?

SG: What we do when we work with a director like Terry … is learn their process — how they tell their stories and what their priorities are — and make sure that we’re answering it when we’re putting the production plan together. Our responsibility is to raise money and oversee the business side, but also to work with Terry on all parts of [the film]. We have to be sure we’re aligned in terms of understanding what the vision of film is, what his vision is, and how that’s supported. It’s quite different working with Terry because his priorities are different from any other director’s.

The Daily Texan: How did back-to-back production with Malick’s next project, “Weightless,” influence “Knight of Cups”’s production cycle?

SG: Basically, we had to build work for both films into the production plan. We were based in Austin at the time, so we were able to prep “Weightless” first — at least in part — and then go to Los Angeles to prep and shoot “Knight of Cups,” only to come back and finish prep in Austin. It did affect our financial structure because we tried to choose [crew members] who were interested in both so that there would be no competition between them — so that everyone would understand that what was good for one film was good for the other.

The Columbia Chronicle: Would you say that, in working on this, those involved in the production grew as much as the film’s characters do?

Nicolas Gonda: People do find that actors working on a Terrence Malick film have had a singular experience. It’s an extremely collaborative environment, and everybody’s ideas are appreciated. By way of that, people definitely learn … something new about their craft, and that goes for every single department. That’s one of the great things about the process. It’s not just a personal experience for the audiences, but one for the people who took part in making the film.