After increase in burglaries near campus, Dobie management warns students to be more diligent about locking doors 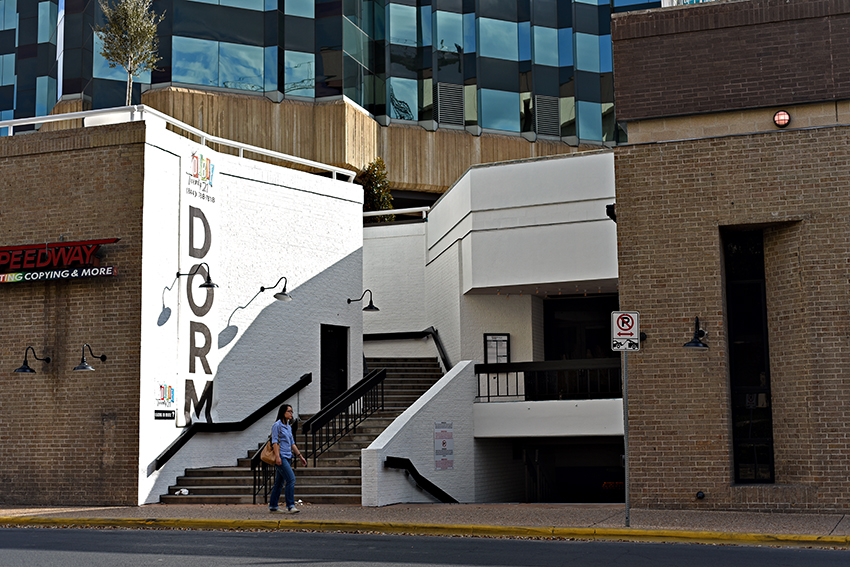 Four burglaries occurred on Feb. 26 at Dobie Twenty21, a private dorm near campus, according to the Austin Police Department.

Shortly after these burglaries were reported, Dobie management sent out an email to residents warning them that a man posing as a construction worker broke into unlocked rooms and took personal belongings from residents. In the email, management advised residents to lock their doors at all times, not lend room keys  and to call 911 if they detected any suspicious behavior.

“One of the easiest ways for a burglar to make entry into a residence is through an open door,” Pieper said. “Most burglaries occur because a door or window was left unlocked.”

Pieper said law enforcement generally sees a large number of burglars use disguises as an attempt to cover up the fact that they’re stealing if they are caught in the act. He said some common costumes include posing as utility workers, magazine salesmen and cable service providers.

Pieper said a high level of comfort and safety sometimes prevents students from taking basic safety precautions such as locking a door but warns that crime can happen to anybody.

“A lot of students feel like they don’t need to [lock their doors], and sadly they don’t realize that they need to until after they’ve been a victim of a theft,” Pieper said.

Felipe Furtado, a mechanical engineering junior and exchange student from Brazil, said he and his roommate were victims of burglary at Dobie. He said he left the door unlocked one night because he determined the building was safe enough but regretted it the next morning when he realized his laptop, backpack, headphones, room keys and wallet were missing.

“Dobie changed the lock system recently, so sometimes my roommate and I just forget to lock it,” Furtado said. “Since it happened to us, we always lock all the doors possible, and we also try to hide our valuable stuff during the night. Although we are doing everything we can to avoid getting robbed again, I feel like we can be stolen from whenever someone wants, especially at Dobie.”

“The security at Dobie is extraordinarily lax — there are almost no cameras, and the guards are very lenient,” Jewell said. “A heightened security presence would help deter burglars. However, it’s true that burglaries can happen to anyone, and so it is hard to say Dobie is solely responsible for the burglaries.”

According to the email sent out to residents, Dobie management is working with local authorities to investigate the situation.

While Pieper said there have not been any recent reports of burglaries on campus, apartment complexes around campus are experiencing burglaries at a heightened level.

Shortly after the Dobie incident, two burglaries occurred at Villas on Guadalupe on March 2. Detectives are currently working on both of these cases and others, according to the APD.