Candidates should be more realistic in economic proposals, professor says 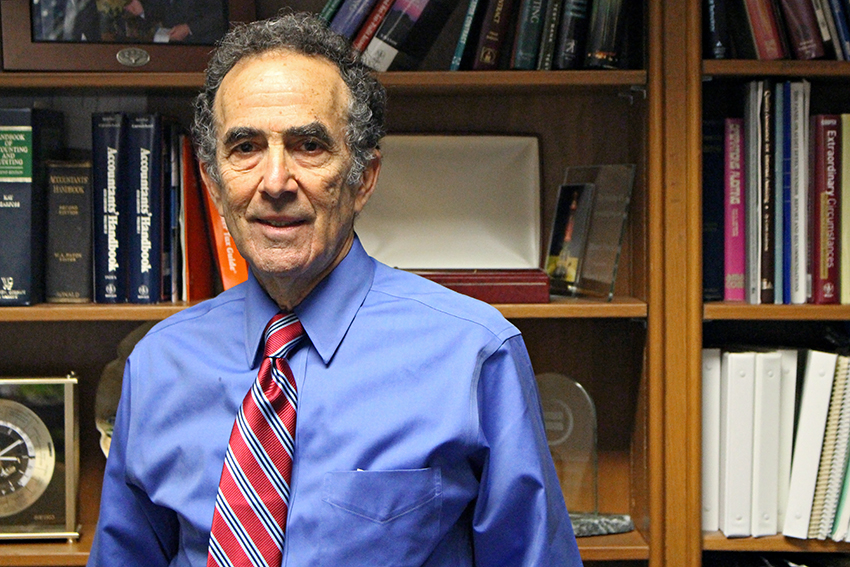 During the election season, many candidates promise economic prosperity in their budget proposals­ — but voters don’t usually think about whether a plan is feasible, one UT professor argues.

In his March opinion article “Candidates who tout spending cuts as a solution live in a fairy tale,” published in the Houston Chronicle, public affairs and accounting professor Michael Granof argues that political candidates tend to oversimplify their economic policies.

One such oversimplification comes from the economic proposal of Sen. Ted Cruz (R-TX).

“Ted Cruz is going to abolish the IRS and use a tax return that can be prepared on a post card,” Granof said. “It’s not realistic and not going to happen.”

Granof said campaign promises don’t live up to the reality of the federal government’s spending practices.

“It’s hard to come by solutions,” Granof said. “In the short run, we probably need government spending not only to stimulate the economy but to address
fundamental problems.”

Granof, a Federal Accounting Standards Advisory Board member, said candidates need to expand and clarify their plans for financial stability.

“Candidates make a lot of promises, but the reality is they have very little discretion in the issue,” Granof said. “We face these massive problems, increasing debts and deficits, and it’s not easy to solve them.”

According to the 2015 Consolidated Financial Report, there are uncertainties regarding long-term sustainability with programs such as Medicare and Social Security.

“After 2025, however, increased spending for Social Security and health programs due to the continued retirement of the baby boom generation and increases in the price of health care services is expected to cause primary surpluses to steadily deteriorate and become a primary deficit starting in 2028,” the report said.

Essentially, the policy that influences Social Security has to account for both its short-term and long-term implications. Because of the increase of beneficiaries in the program, additional funding will be needed.

Government and public affairs professor James Galbraith said he thinks the problem with candidates’ policies is not that they are oversimplified, but that they need to be sufficiently justified.

“[Policies] need to be anchored in the objective and make sure Americans who have jobs can get them,” Galbraith said. “There is a lot of malarkey spread about what is and is not sustainable. It is possible for us to pursue a policy that is oriented toward general prosperity and doesn’t have to be dominated by some rule about
the budget.”