Why UT is subjecting you to another election 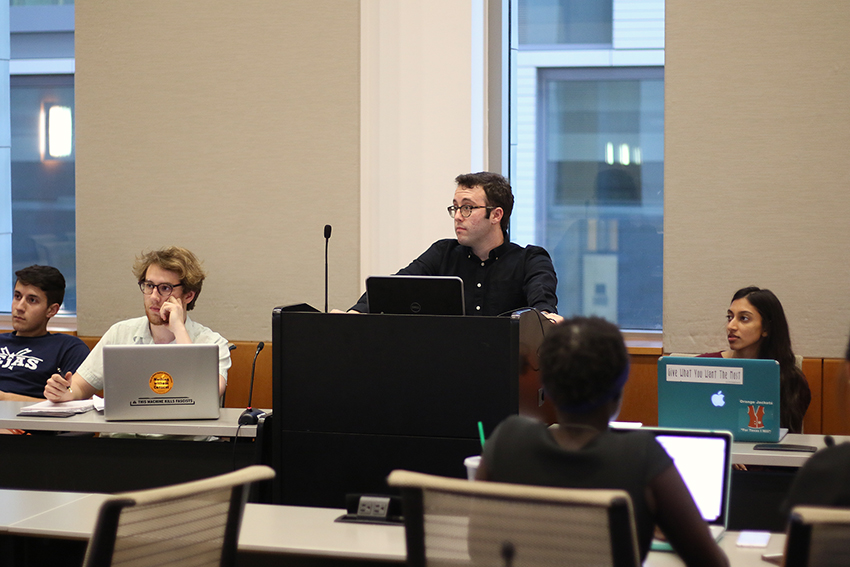 Student Government spends more time claiming credit than actually getting work done. Candidates spend more time accusing others of breaking rules than actually following the rules themselves. The Election Supervisory Board spends more time fussing about the definition of “support” than actually working toward fair and educational elections. The governing documents are an absolute nightmare. The forest is lost among the trees. The entitlement-complex exists.

Last year, Xavier Rotnofsky and Rohit Mandalapu made a mockery of business-as-usual. Recent events confirm that our outgoing Student Body president and vice president are exceptions to the norm, outliers from a bizarre mean to which we now regress.

But we all know that, and why would we write an op-ed to argue for what’s just common sense?

As a party privy to the behind-closed-doors conversations about the executive alliance non-certification, we’ve known for a long time about the previously undisclosed and utterly incomprehensible reason for why there will probably be another election.

As in past years, members of the Supreme Court sat in on ESB hearings. We were invited, and, in one case, formally summoned. These hearings are, in the governing documents, open to all students, and attendance seemed responsible. To exercise appellate review over the ESB — and to evaluate error charged against them — we needed knowledge of their proceedings. The hearings went into the middle of the night, and it’s not like we wanted to attend. But transcripts and recordings are nonexistent, and the official minutes are incomplete.

Administrators in the Office of the Dean of Students were aware of our presence in ESB hearings — they were present in the hearings.

Only after the fact did our presence become an issue.

In Texas Student Media elections — for Editor-in-Chief of The Daily Texan — a member of the appellate review board sat in on an ESB hearing against Alexander Chase. We suspect she, like us, thought she made a responsible decision by attending the hearing. But the Dean of Students never intervened there.

At last Tuesday’s General Assembly meeting, the Deputy to the Dean of Students said the administration intervened in the executive alliance because of a “procedural irregularity.” The irregularity referred to is the Supreme Court’s presence in ESB hearings, which was anything but irregular.

The justification given by the Dean of Students is that the co-mingling of the ESB and Supreme Court constitutes a violation of due process. That is, the participation of appellate review members in the original review process is a problem. Even though Court members were silent — flies on the wall — and had the same experience as if we watched a recording, a violation of due process ostensibly occurred. We dispute that audience attendance constitutes participation.

We fail to see how our presence at ESB hearings violates due process. We fail to see how expanding our knowledge of cases did anything but make us more qualified to rule on appeals. And we do not understand how our presence in ESB hearings justifies throwing out the results of the first election, which had spectacular turnout; we’re not going to get spectacular turnout back in the special election. There are still more questions left to be answered, and if you’re wondering where to direct your questions, it’s the Office of the Dean of Students. Though we are grateful for the work they do for students, we encourage students to seek increased transparency from administrators in future elections. We were never provided an opportunity to weigh in on the due process question — and neither were most students.

The ego-centered culture of Student Government creates an environment in which candidates exploit issues as buzzwords and manipulate rules for personal gain. In this environment, creating change that touches the actual student experience is nearly impossible. Leadership does not require a title, and student issues will not be solved from a place of entitlement. Progress does not require a resume-line. Right now, Student Government is not a place for the selfless. With our resignations, we look forward to serving this University in more productive ways.