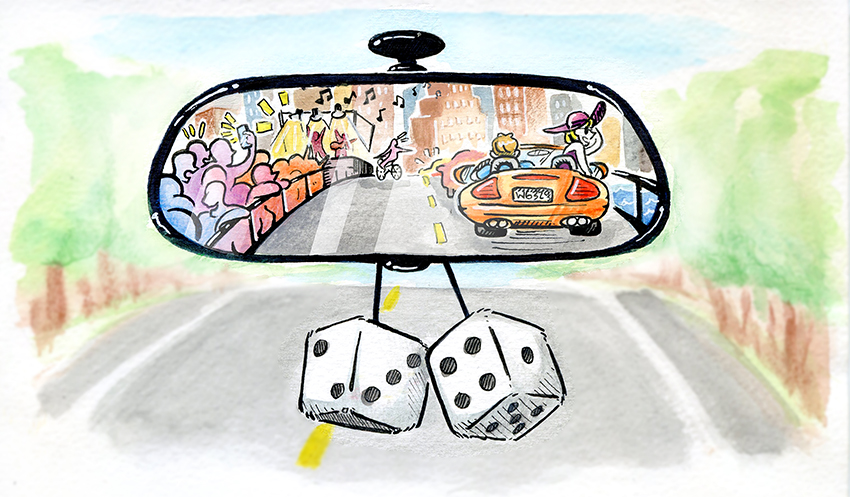 While South By Southwest may be an Austin staple, it certainly isn’t all the city has to offer during spring break. If overcrowded music venues and drunken shenanigans aren’t your thing, and you find yourself in the city anxious to escape the chaos of SXSW, consult The Daily Texan’s list of four events in and around Austin to escape South By Southwest.

Holi Mela – Festival of Colors
Where: Radha Madhav Dham, 400 Barsana Road
When: March 19, 2 p.m. – 8 p.m.
Admission: free
If you haven’t previously experienced the cathartic joy that is Holi, this spring break is the time to celebrate the incoming spring season by throwing colored powder at friends and strangers. The festival will feature live music, free color powder, an assortment of Indian food and vendors selling food, jewelry and Henna designs. This annual Hindu celebration is a free and public event at the Radha Madhav Dham temple and ashram just outside of Austin.

Sherwood Forest Faire
Where: 1882 Old Hwy 20, McDade, Texas
When: Saturdays, Sundays, 10 a.m. – dusk until April 3 AND Friday, March 18, 10 a.m. – dusk
Admission: $23 adults
For an ethereal experience just outside of Austin, Sherwood Forest Faire is a Renaissance Festival based on the stories of Robin Hood and his Merry Men. The festival presents over 40 stage acts and 130 “shoppes” each season. Between the food, rides and games, faeries, magic and sword-fighting characters intermingle with the crowd.

Sherwood Forest Faire is open until April 3 every Saturday and Sunday from 10 a.m. until dusk. The Faire will also be open an extra day on Friday, March 18 for those fleeing the chaos of SXSW.

Austin Rodeo
Where: 9100 Decker Lane Road
When: March 12-26
Admission: $8 fairground admissions, concert tickets vary
Escape the hipster influence of Austin and immerse yourself in the music and antics of the Austin Rodeo. Several different events occur at the Austin Rodeo, including but not limited to live performances from artists such as the Josh Abbott Band, Willie Nelson, Grouplove and Andy Grammer. True to its southern roots, there will be barbecue and carnival events for the family and bull-riding by professional riders.

St. Patrick’s Day Festival
Where: 10621 Pioneer Farms Drive
When: March 17, 3 p.m. – 6 p.m.
Admission: $12 adults
Leave the world of Austin for a bit and find yourself in Ireland celebrating the life and death of St. Patrick. Though lacking green beer and leprechauns, the festival is a self-proclaimed authentic commitment to Irish culture, featuring entertainment from a variety of performers — from traditional Irish music to traditional Irish dancing. With food, drink, games and even lessons in Gaelic, Austin’s best Irish festival is St. Patrick’s Day.