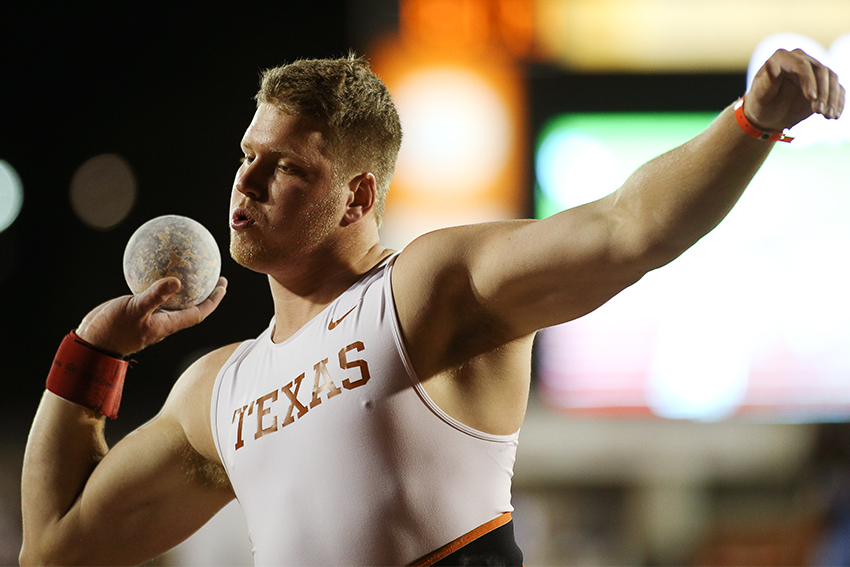 Ryan Crouser is no stranger to throwing.

His father, Mitch, competed as an alternate discus thrower for the 1984 U.S. Olympic Team. His uncles, Brian and Dean, both won national championships in throwing events, and Brian competed in the 1988 and 1992 Olympics. His cousin, Sam, is also currently a senior javelin competitor at the University of Oregon.

Now, Crouser is looking to continue the family tradition by winning his fourth NCAA title this weekend at the NCAA Indoor Championships in Birmingham, Alabama.

“I just started in fifth grade on my middle school team like everyone else,” Crouser said. “My dad and family never pushed me to pursue it, but I was surrounded by good coaches.”

This is Crouser’s fifth year on the team after being redshirted his sophomore year for indoor track. He’s currently pursuing a master’s degree in finance and taking classes from 8 a.m. to 5 p.m. every day with training in between. While the master’s program pushes him to enter the job market, Crouser hopes to compete professionally and earn a spot on the Olympic team this summer.

“Right now, I just train when I can,” Crouser said. “I’m taking 14 hours of classes in a graduate program that typically only requires nine. Professionally, I will be training five to six times a week and traveling to meets.”

This will be the last weekend Crouser will wear the burnt orange  as he travels to Birmingham, Alabama, to compete for his fourth title in the shot put at the NCAA meet. His throw of 21.73 meters at the Big 12 Championships tied the previously set NCAA record from 2008.

“This is a special time for Crouser, because he will finish off his career for Texas with the indoor season,” head coach, Mario Sategna said, “He’ll go out and have fun, but he was always great because he expected to push the envelope and try to win.”

But Crouser’s main focus remains on going out on top.