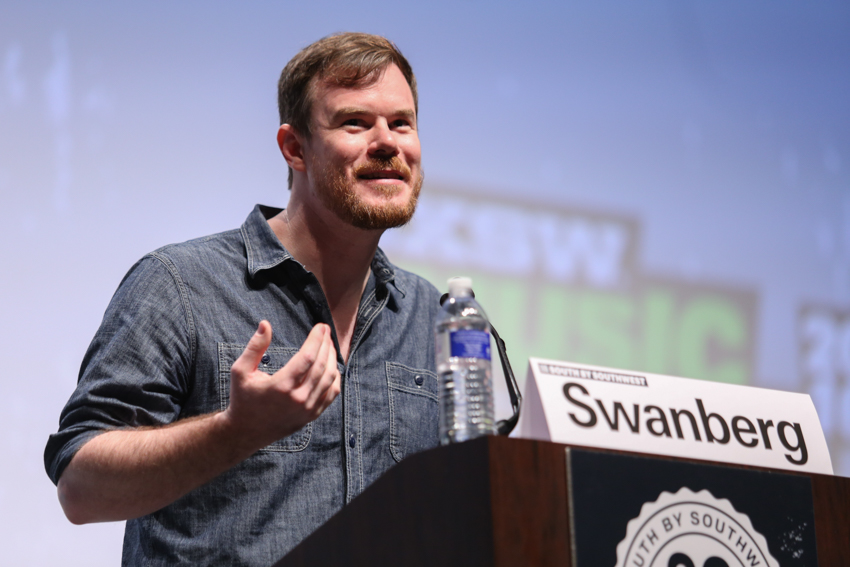 Mumblecore director Joe Swanberg opened his keynote speech Monday morning with a disclaimer — he was going to talk about money, a subject he said is somehow still a taboo in the film industry.

“If we could all just talk to each other honestly as filmmakers and share information, we could fuck shit up,” Swanberg said. “We really could storm the gates.”

Although today Swanberg is a major player in the mumblecore film movement for his improvisational, micro-budget works like 2013’s “Drinking Buddies” and 2014’s “Happy Christmas,” he said he struggled for nearly ten years to gain recognition for his work.

“The myth of the brilliant first feature that takes off and starts your career is one way to go about it,” Swanberg said. “But the the other way is to just be so tenacious and make so much shit that eventually people lose their resistance or their will to fight against you and start accepting that you’re going to be around and that they should start to watch your movies.”

Between the day he quit his day job to pursue filmmaking full time until the release of “Drinking Buddies,” Swanberg said he invested financially in all of his films, struggling to find ways to make enough money to survive.

Swanberg said, after several years, he got to the point where he couldn’t live off of $3,000 a year, so he started cranking out films in bulk. Working off the model he learned from director Adam Wingard, Swanberg made seven feature films in one year.

One of those seven, 2011’s “Autoerotic,” was Swanberg’s first film that made any significant profits. From there, he went on to direct “Drinking Buddies,” a film he called both life-changing and career-changing.

“It can be really hard and depressing, and a long, long road toward feeling like you exist in the industry and making any money, but hang in there, it can happen,” Swanberg said. “It really can.”

Swanberg closed his speech with three things he knows to be true about money in the film industry:


1. It’s better to have no money than some money when making a film.
2. The less you need money, the more people want to give it to you. And vice versa.
3. Time is money and you have to value your time as being worth money, but your happiness is also money.